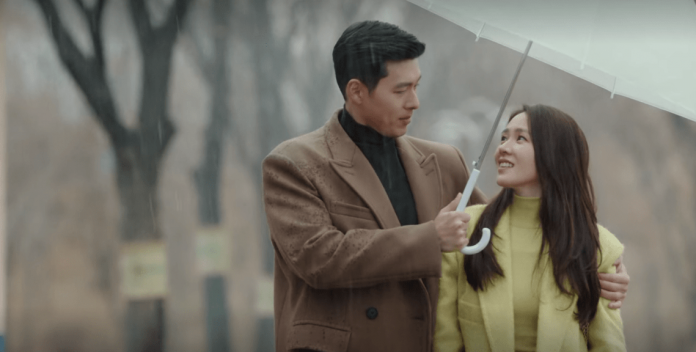 The media outlet Dispatch announced on January 1 that the famous Hyun Bin and Son Ye Jin, stars of the hit Crash Landing on You, have been a couple in real life for several months.

As it is known, Dispatch is a communication medium with a large network of contacts in the entertainment industry that is responsible for investigating the private lives of South Korean stars, in recent years it has become famous for publishing surprising news that nobody had idea.

Upon the release of a report stating that Hyun Bin and Son Ye Jin have been dating for the past eight months, and that their relationship began after the end of the K-Drama Crash Landing on You, both artists spoke out.

On Hyun Bin’s part, it was the agency that represents him, VAST Entertainment, who came forward with the news, confirming the information and explaining that it all started when after finishing the Crash Landing On You recordings they both began to miss each other.

“Actors Hyun Bin and Son Ye Jin met through their projects, and after the end of their drama, their feelings for each other turned into a romantic relationship.”

This statement from Hyun Bin’s agency confirms what was reported by Dispatch, about the times the two denied dating rumors while working together in the past, were telling the truth, and were not actually dating at the time.

As you will recall, Hyun Bin and Son Ye Jin worked together on the film The Negotiation in 2018 before becoming the lead couple in Crash Landing on You in 2019. The two actors had always been involved in dating rumors multiple times, but each had denied it at that time.

In regards to Son Ye Jin, the agency that represents her MS Team Entertainment also confirmed the relationship with Hyun Bin, even the actress posted a message on her account on the social network Instagram about the matter.

It is a new year. I appear for the first time in front of you to talk about my personal life instead of work, I think that’s why I feel ashamed … Yes, it has turned out that way, I’m not sure what I should say, but I thought I should at least say something to all of you … It feels very uncomfortable and strange … I am grateful to have been able to meet a good person, and I will work hard to take care of the relationship with care … The love and support that you have all given me, I will always keep in my heart … I hope there are many good things in the new year. Stay healthy… “.

The news and the subsequent statement of Hyun Bin and Son Ye Jin, in addition to a great media stir, also caused joy among the fans of both celebrities since since their work in Crash Landing on You they became one of the most loved couples between lovers of K-Dramas.

Punish Netizen That Invented Rumours Of Member Of Girls ‘Generation