Home Entertainment Hytale could be one of the biggest releases of new games in... 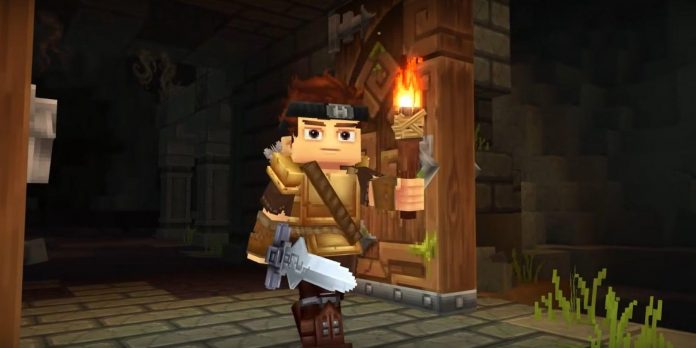 Minecraft is a game that allows players to express their imagination in an endless sandbox in which various materials can be mined, and blocks can be stacked into each other like LEGO pieces. Players have expanded their creative possibilities in the game by creating some mind-blowing creations, including massive houses with moving parts, as well as recreated entire cities in Minecraft. Players can also work together on private and public servers to create breathtaking creations. Of the hundreds of servers available, none is more popular than the Hypixel network, also known as Hypixel.

The Hypixel network has become a global phenomenon: players from all over the world join to take part in the numerous mini-games offered and explore unique maps. However, the server has outgrown Minecraft, and in 2023 the developers will release a separate game called Hytale. It can become an absolute hit, as Hypixel Network has demonstrated how many gamers are ready for this kind of games.

The Hypixel network was created by Simon Collins-Laflamme and Philippe Touchet in 2013 after they both wanted to create a new place to showcase Minecraft maps, which they would post on YouTube. The server quickly gained popularity, but this led to players having to queue up before they could play. To partially remedy the situation, the creators introduced mini-games to keep the players busy, but the mini-games hooked gamers too much and became the main feature.

Server maintenance is very expensive: by 2015, developers had cost developers more than $100,000, which required the inclusion of microtransactions. However, this ability to generate revenue was severely undermined when Mojang changed the rules of Minecraft, reducing Hypixel’s revenue by 85%. Instead of abandoning the project, the developers decided to make a separate game in the form of Hytale. As with Hypixel, there will be a variety of mini-games, including player versus player (PvP) games, and players will be able to use mod tools and share their creations. Minecraft fans will feel right at home, but there will also be many additional features that will attract players.

Hypixel’s popularity demonstrates how potentially successful Hytale can be. He holds many gaming world records, including the Guinness World Records as the most popular Minecraft network server and the most popular independent server for video games, and he regularly enjoys more than 150,000 simultaneous players. The server attracts about 2 million players every month, and it shows no signs of slowing down.

Despite the fact that there is still a long time to wait before the release of Hytale, interest in the game is extremely high, which indicates that the popularity of the Hypixel Minecraft server is likely to move to Hytale. When the Hytale announcing trailer was released in 2018, game director Aaron Donaghy admitted that he would have been pleased with 500,000 views. Instead, the trailer received 11 million views within the first month, which made Hytale a game worth paying attention to. Even if only half of those viewers buy the game, it could easily make Hytale one of the best-selling games of 2023.

With Hytale, developers stumbled upon a gold mine of ideas. They managed to filter out all the wonderful aspects of Minecraft, including building structures and chatting with friends, and they made it easier for players to use mods and be able to share their creations with others. Inevitably, it will face endless comparisons with Minecraft, but for Hytale it may not be very good, because it can become a real alternative to the behemoth game.

On Man’s Sky and Everspace 2 Will Receive DLSS Support on...