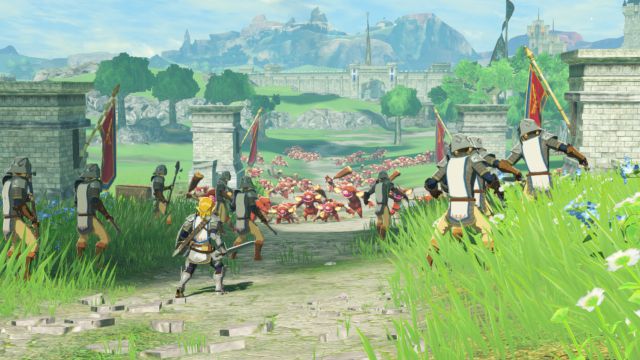 Hyrule Warriors: Age of Cataclysm, The title of Omega Force is a musou that narrates an alternative prequel to The Legend of Zelda: Breath of the Wild.The Legend of Zelda: Breath of the Wild 2 has no release date yet. In fact, Nintendo has remained silent and has asked players to have a little more patience, since they are not yet ready to teach anything new. In the year of its 35th anniversary, the most recent game in the saga is Hyrule Warriors: The Age of Cataclysm, a spin-off that is not part of the official canon, but has already reached 3.7 million units distributed on Nintendo Switch as of March 31, 2021.

The figures above are from December 2020, when Koei Tecmo revealed that the game had reached 3.5 million. This title has been developed in collaboration with Nintendo by Omega Force, a developer specialized in musou-type video games. So, Hyrule Warriors: The Age of Cataclysm invites us to fight against hordes of monsters, while we overcome the various challenges that arise.

In this production we discover what happened before the events of The Legend of Zelda: Breath of the Wild. However, we are not facing a prequel to use, since it tells an alternative story that does not quite fit with the original game’s plot. This decision has been made for the player to explore an alternate reality, in which the war against Ganon has already begun.

Hyrule Warriors: Age of Cataclysm is available exclusively for Nintendo Switch. The Japanese company recently announced the expansion pass, the first content of which will be available from June. In addition to expanding the roster of characters, it will offer new types of weapons, new and challenging enemies, as well as challenges in the Royal Laboratory of Ancestral Technology. In November the second part of this content will be published, with more characters, settings, etc.

The fascination with a lot of Harry Potter content could be...