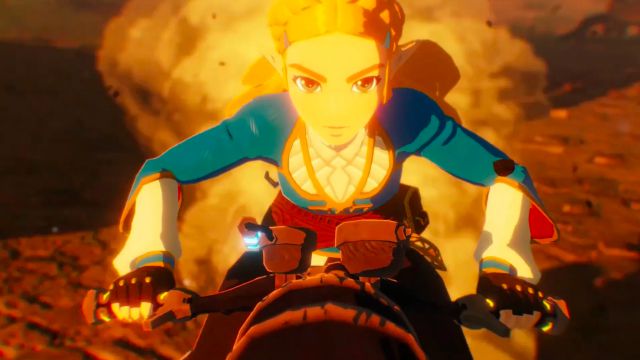 Hyrule Warriors: Age of Cataclysm, The first DLC is called The Ancestral Heartbeat, it arrives on June 18 and includes a new playable character, the Hylian motorcycle and even more weapons and challenges.Among many other novelties, the Nintendo Direct of E3 2021 gave us new information about Hyrule Warriors: The Age of Cataclysm and what will be its first expansion. This new DLC will receive the name of The Ancestral Heartbeat and will arrive on June 18 to our Nintendo Switch. In its trailer (above these lines) you can see some of the new features that it will introduce, such as the possibility of handling the Guardian as a playable character, the return of the Moto Hyliana Alfa from Breath of the Wild, or the appearance of powerful shaped weapons. claws.

The Ancient Heartbeat can be purchased by purchasing the game expansion pass. This one has a price of 19.99 euros and includes a second expansion that will arrive in November under the name of The Guardian of Memories. In addition to the aforementioned novelties, both DLCs include more enemies, challenges and levels of difficulty, that is, plenty of reasons to return to the game, which rose in its day with a 7.5 in the MeriStation analysis.

Apart from Hyrule Warriors, The Legend of Zelda saga was very present at the Nintendo Direct of E3 2021, where a new trailer for Breath of the Wild 2 (scheduled for 2022) was also shown and where a new Game & Watch was announced. of Zelda that will commemorate the 35th anniversary of the franchise. The latter will include the original The Legend of Zelda, The Legend of Zelda II: The Adventure of Link, the Game Boy version of The Legend of Zelda: Link’s Awakening, and a minigame starring Link (plus clock and stopwatch functions). ). Finally, it should be remembered that the remastering of Skyward Sword will be added to the celebration, which will go on sale on July 16.

Black Panther Wakanda Forever: a synopsis leaked that insists on a...

Why Michael B. Jordan and Larry Harvey allegedly broke up a...