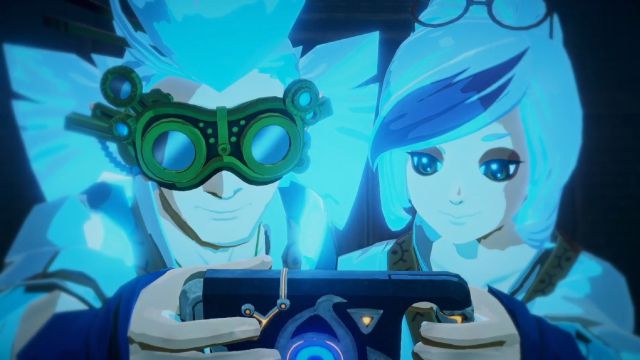 This musou is a kind of prequel to Breath of the Wild, but the events that are narrated are alternative. In the week of The Legend of Zelda’s 35th anniversary, Nintendo has unveiled a new Nintendo Direct, the first event of its kind since late 2019.

An announcement related to the saga was expected and it has finally happened. In addition to The Legend of Zelda: Skyward Sword HD, the DLC for Hyrule Warriors: Age of Cataclysm have also been uncovered, which will be accompanied by an expansion pass.

The first installment, which will be available in June 2021, will feature an expanded cast of characters, new types of weapons, new challenging enemies and new challenges in the Royal Laboratory of Ancestral Technology. The second installment will be delayed until November 2021 and will incorporate new character vignettes, settings, expansion of the cast of characters, as well as new abilities for assistant characters. Its price? 19.99 euros.

Expand your quest to save Hyrule with new DLC in the #HyruleWarriors: Age of Calamity Expansion Pass. Get newly added characters, stages, and more when they release this year! #NintendoDirect #Zeldahttps://t.co/DXUbOZnnt1 pic.twitter.com/jeL8pzjpYx

The Legend of Zelda was born in the late eighties on the NES, but has seen new installments on all successive consoles. The first big step was taken by A Link to the Past, which continued to deepen its adventurous spirit, but the premiere of Nintendo 64 allowed those in Kyoto to explore the three dimensions with Ocarina of Time, which still remains one of the best games today. of history. The darker Majora’s Mask and Twilight Princess contrast with more colorful titles like Wind Waker and Skyward Sword. In addition, the saga has been assiduous in portable machines.

The most recent installment, in addition to the Link’s Awakening remake, is The Legend of Zelda: Breath of the Wild, which went on sale with the launch of Nintendo Switch, although it also served as a farewell to Wii U. Nintendo used a world organic open to tell a story in which Ganon has won an important battle, but not the final war.

Steam: the Mafia and Need for Speed sagas