Home Entertainment HYENAS: How to subscribe to the free alpha version 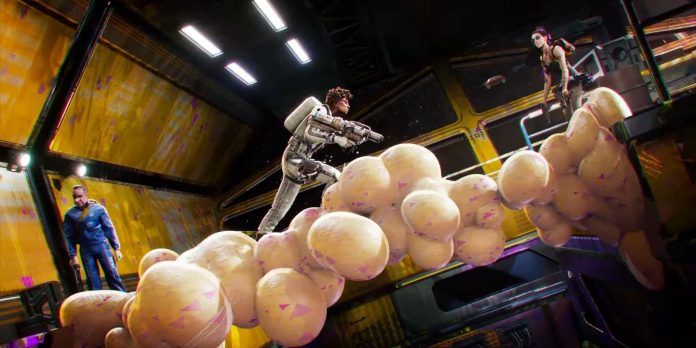 HYENAS is a new multiplayer first–person shooter being developed by Creative Assembly and its parent company Sega. Fans can participate in the game in advance by signing up for a free alpha test. HYENAS is the latest in a long line of alternative first-person shooters in which their own views are added to more traditional games of this genre, which may appeal to fans who are looking forward to trying something new. Although Sega’s HYENAS is not a battle royale, in the main game mode, five teams of three will fight each other to achieve victory through theft, shootouts and much more.

Environmental factors such as weightlessness will play a huge role in how HYENAS fighters will be able to fight each other, and free alpha testing will allow players to experience what these features are like. In addition, those who subscribe to alpha testing will also be able to leave feedback to developers. The planned launch date for HYENAS is 2023, according to the game’s executive producer David Nicholson in an interview with IGN during the screening of the new CGI trailer for FPS.

Related: Genshin Impact 3.0 Beta Testing: How and Where to Register

HYENAS will be launched on the latest and current generation consoles, such as PlayStation 4, PlayStation 5, Xbox Series X/S, Xbox One and PC. Those who want to take part in free alpha testing will need one of these consoles. The announcing trailer showed that the game will have a lot of references to pop culture, such as a confrontation scene from “TV Presenter: The Legend of Ron Burgundy”, a Rubik’s Cube, Sony Walkman and, of course, a miniature figure of Sonic the hedgehog. .

Requirements for registration for the HYENAS Alpha test

Fans can register to participate in the HYENAS Alpha test through the playHYENAS game website. The registration process is also quite simple and can be completed within five minutes. First, players will need to create an account on the playHYENAS website and confirm their age before they can officially register to participate in the alpha testing.

Fans can then scroll down to the section labeled “register for the alpha version.” After that, they will be taken to a screen requiring a language, available consoles, and the system they prefer to use for the HYENAS alpha test. There will also be a section where fans will be asked which games they play the most, how often they play them, and a section for content creators where they can share a link and the number of their subscribers/followers. After all the information is filled in, check the box in the “Terms and Conditions” field and send an application to register for the HYENAS Alpha test.