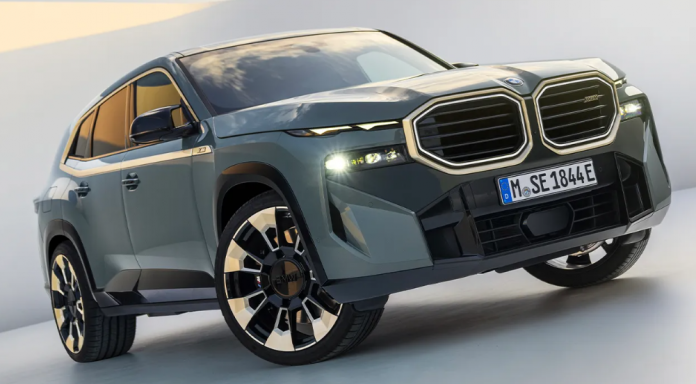 M, the high-performance BMW brand, whose representative in Turkey is Borusan Otomotiv, continues to celebrate its 50th anniversary with the release of BMW XM. The brand’s concept model, unveiled last summer, is ready to hit the road in 2023 thanks to a hybrid engine with 653 horsepower and 800 Nm of torque, as well as an unusual design.

With the title of the first original M car released after the BMW M1 model, the BMW XM will also use the first M HYBRID hybrid engine in the history of M. The BMW XM, which will begin production in the first quarter of 2023 at the Spartanburg plant in America, has a 4.4-liter turbocharged V8 M TwinPower Turbo internal combustion engine and a plug-in hybrid electric motor.

The BMW XM accelerates from 0 to 100 km/h in just 4.3 seconds thanks to the M HYBRID engine technology and the M Steptronic 8-speed gearbox. BMW XM, which can drive 82-88 km completely on electricity and offers emission-free driving at speeds up to 140 km/h, attracts attention with its mixed fuel consumption of 1.5-1.6 liters/100 km.

The car, bearing traces of the future thanks to its muscular body in SAV shapes, sporty silhouette and bright rear design, has a luxurious and impressive posture with headlights divided into two separate parts and giant illuminated BMW radiator grilles, which are used in luxury BMW models.

The long wheelbase, strong proportions and the 21-inch wheels characteristic of the model support a strong side profile of the car, and the light-alloy 23-inch wheels with the signature of the M department raise the BMW XM to a very good level both in terms of driving and in terms of appearance. .

The vertically positioned double-exhaust exhaust pipes of the M, an unusual spoiler for maximum aerodynamics and a vertical rear window form the rear view of the BMW XM. The sculptural design of the taillights with LED technology, on the other hand, speaks of the powerful posture of the car.

The BMW XM displays all driving details to the driver, including the gear shift indicator, with a new 12.3-inch graphic display with a curved BMW screen, unique to the M models. Widgets specific to M cars, such as car settings and tire condition, are displayed on a 14.9-inch multimedia screen.
BMW XM comes with the BMW 8 operating system. Under the roof of this system there is a projection display, a BMW personal assistant and a curved BMW screen, which also contains information specific to M cars. In addition, this system supports Apple CarPlay and Android Auto.

The newly developed 4.4-liter V8-cylinder TwinPower Turbo internal combustion engine with a capacity of 489 liters. Thus, the first M HYBRID unit in the history of the M achieves a total output power of 653 horsepower and 800 Nm.

The intelligently controlled power interaction between the engines ensures performance worthy of the M division in all driving modes.

Thanks to the combination of electricity felt at the first start and the power released by the internal combustion engine, the BMW XM accelerates to 100 km/h in just 4.3 seconds. Meanwhile, an energetic soundtrack with emotional appeal, rare for an eight-cylinder engine, accompanies the BMW XM.

The asymmetric exhaust pipes used for the first time in the M car can be controlled electronically.

The BMW XM LABEL RED, which is scheduled to take its place in the BMW XM product line in the last quarter of 2023, will be the most powerful of this series. BMW XM LABEL RED changes the balance in the SAV segment with its total power of 748 horsepower and a maximum torque of 1000 Nm.

Compact high-voltage lithium-ion batteries are installed under the BMW XM body. Thus, with the center of gravity close to the ground, the BMW XM demonstrates maximum dynamics to the user during dynamic driving, raising the pleasure of driving a BMW to an unprecedented level.

The adaptive suspension M, offered as standard by BMW XM, can be controlled electrically from the passenger compartment, depending on driving conditions, while providing active stabilization.

The BMW XM stands out as the model with the most advanced automatic driving and parking system among the M cars ever created. In addition to the Rear Driving Assistant and Parking Assistant Plus equipment, which makes it possible to show the car’s surroundings in 3D in the parking lot, in BMW XM; Driving Assistant Professional, which includes advanced features such as frontal collision warning, steering assistant and lane control, as well as active cruise control with The Stop & Go function is also offered as standard.

Xiaomi Unveils Smart Glasses With Cameras and Screens In Concept