Home Celebrity HYBE to have a new girl group, everything we know about the... 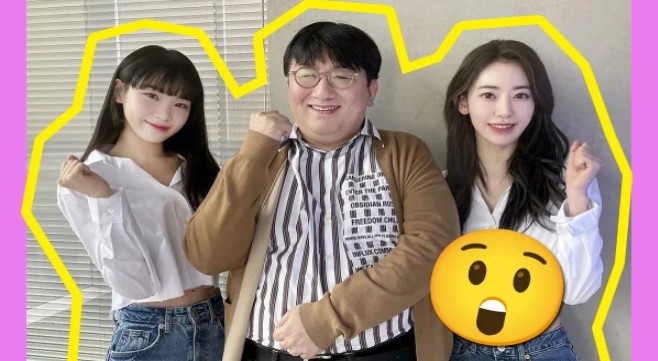 The arrival of the HYBE girl group seems closer and closer, especially now that some details of the lineup of idols that they will present with the upcoming debut have been released.

HYBE continues to strengthen and in addition to having talented artists in the world of K-Pop under different subsidiaries, it is now preparing new debuts, but it is nothing more and nothing less than the long-awaited girl group that will soon debut under the company.

The arrival of some female idols to the company that we would possibly see in the new girl group began to be reported for a long time, but now we can learn a little more about this musical project.

In addition to the singers already confirmed to debut within the HYBE and Source Music girl group, more clues have now been revealed as to who we will see perform as part of this idol team.

Recently some Korean media reports have revealed that HYBE’s girl group will have 6 members, including Miyawaki Sakura and IZ*ONE’s Kim Chae Won.

However, Produce 48’s Heo Yun Jin is also said to be joining the lineup, as well as So Sung Jin, who the CEO of Source Music reportedly recruited from the Netherlands. Although these details have not yet been confirmed by HYBE, speculation has not stopped appearing after the possibility that they are true.

WHAT WILL HYBE’S FEMALE GROUP BE CALLED?

The K-Pop company that represents groups such as BTS, TXT and SEVENTEEN has not officially released the name of the group, however some suspicions have also arisen in this regard.

HYBE previously registered the phrase Lesserafim and many consider that it could be something related to the girl group that will debut in K-Pop, however it is not totally certain.