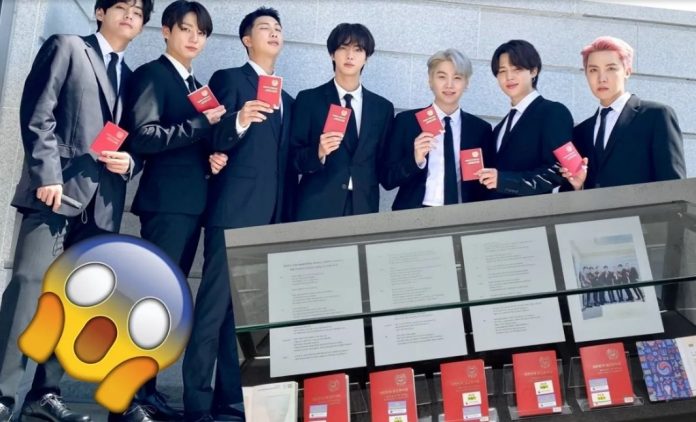 In the HYBE museum, BTS’s diplomatic passports and his speech to the UN are on display. BTS is a great ambassador for South Korea something that idols are very proud of and always want to share with ARMY but … displaying their passports may not be the best thing for their fandom.

Bangtan Sonyeondan idols are a source of pride for South Korea , through their music they have contributed great things to the culture of the Asian country, in addition to reaching a large audience with positive messages; something that makes them unique and a great pillar for their place of origin.

Thanks to the great impact of BTS , its members have been recognized by the highest authorities of Korea and this has made them ambassadors for their country; something that makes idols very happy and with their heads held high they stood before the UN General Assembly giving a speech full of hope and important words for the youth.

This is a fact that leaves its mark not only on Bangtan’s career , but also on K-Pop and Korean history , so it may be something that even HYBE is proud of and wants to show off the achievements of their idols; the company decided to display in its museum the special passports of BTS for this mission … But maybe it was not so good for ARMY.

The Bangtan Boys have a special museum in Korea that collects many bits of their history , important objects, anecdotes of the idols, and more that their fans can see and know in this place; Hybe also decided to exhibit the diplomatic passports of BTS with transcription of the speech given to the UN.

Sadly, the display had to be withdrawn as these passports had to be returned to their owners, something that upset ARMY in part because they thought that perhaps displaying these idol documents was not a good idea and on the other hand, the fanbase believed that this is only done by the company for the money.

Metroid Dread Warns Sailors: Best Launch Of The Saga In The...

The Fleece Factory 5: How to get married