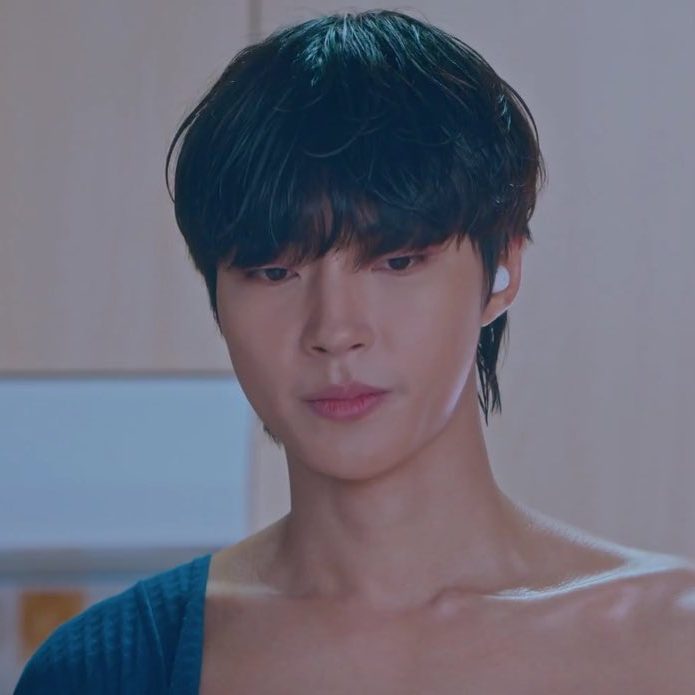 One of the curiosities of the dramatic adaptation of the popular webtoon is that not only the series is popular, even its behind-the-scenes videos are very famous among its followers.

On December 24 and 25, before taking a break, True Beauty delivered two hilarious episodes, in which the handsome Hwang In Yeop performed as Han Seo Jun dancing.

In the plot, Han Seo Jun (Hwang In Yeop) appears just out of the shower, puts on headphones to listen to music and leaves his room dancing in underwear, while immersed in the music, he goes to the kitchen to drink water.

The biggest surprise for Hwang In Yeop was to discover that a few meters away, Moon Ga Young was in his Lim Joo Kyung character visiting Han Seo Jun’s younger sister by showing him a makeup tutorial.

The funny scene of True Beauty was much commented on, so the production team published a new behind the scenes of the last episodes of December in which it appears how the sequence of Hwang In Yeop’s dance in her role of Han Seo Jun was recorded. .

At one point in the video, Hwang In Yeop can be seen exercising before the scene begins and the director instructing him and Moon Ga Young on what to do, while laughter and comments can be heard from the rest of the True Beauty staff in charge of the recordings on set.

Tekashi 6ix9ine is sued for participating in armed robbery