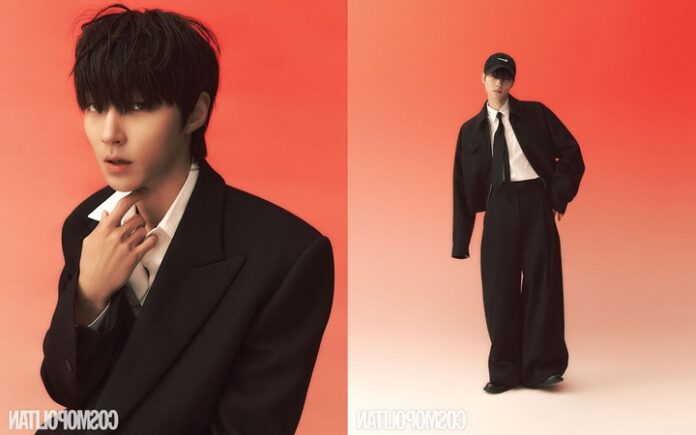 In the role of the rebellious Han Seo Jun in True Beauty, Hwang In Yeop has made a name for herself alongside the leads Moon Ga Young as Lim Joo Kyung and Cha Eun Woo as Lee Su Ho.

The young actor recently took part in a short interview after doing a photoshoot for Cosmopolitan Korea magazine in which he talked about his experiences in the K-Drama True Beauty and his personal life.

In the plot, Hwang In Yeop is portrayed as a rebellious ‘bad boy’ with a passion for motorcycling, who is also one of the two most popular students at Sae Bom High School and a rival to Lee Su Ho.

With a charismatic face and a mysterious and intense personality, Hwang In Yeop became the third in a peculiar love triangle with the two main leads.

In the interview, the young star highlighted that he has some similarities with his character, a misunderstood boy who appears to be cold on the outside but is actually a very noble person. In real life, Hwang In Yeop explained that people misunderstood his personality because of his appearance.

“The shape of my eyes often makes other people mistake me for a cold personality. But I look completely different when I smile. And to be honest, I smile a lot and joke a lot in real life.”

“When I was young, I was very introverted and not good at expressing my emotions correctly, which sometimes caused misunderstandings. But when I started working as an actor, I slowly began to realize that it is not difficult to express myself with others.”

Regarding his work in True Beauty, at the age of 29 he confessed that it is a great experience, despite the fact that at first he felt great pressure to play a young man who was much younger.

“I am wearing my school uniform again for the first time in almost 10 years. When will I be able to have this kind of experience again? I can feel pressure because of my age, but since the principal trusted me and gave me this role, I had a lot of fun with it. I’m getting used to seeing myself acting in uniform. ”

The interpreter recalled that he began his artistic career a little late (in 2017 he began as a model) compared to the rest of the actors of his generation, so he is aware that he must try much more to achieve success and be recognized for his dramatic work.

Kylie Jenner and Kendall splendid: the sisters are displayed in a...