Home Entertainment Hunter x Hunter anime celebrates its 10th anniversary… and there will be... 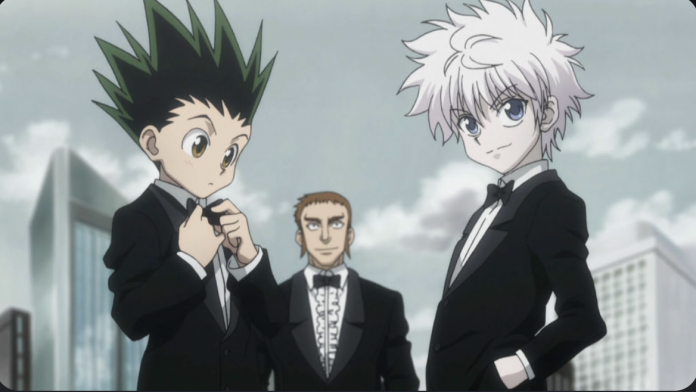 One of the Hunter x Hunter anime celebrates its ten years and many waited for a special announcement, but the reality was different

A few days ago it was revealed that there would be something special to celebrate the tenth anniversary of the Hunter x Hunter anime. Well, the second one, which started airing in Japan on October 2, 2011 and was produced by Madhouse.

The series was very well received in its time and some thought that something big was coming. But with the publication of Shueisha’s Weekly Shonen Jump magazine came disappointment.

Hunter x Hunter from Madhouse and his 10 years

What actually appeared posted was a tribute from the people who participated in the anime and nothing else. It is an illustration where Gon, Killua, Hisoka, Leorio and Kurapika appear.

The design came from Takahiro Yoshimatsu, character designer for the animated adaptation. So Yoshihiro Togashi, the creator of the manga, couldn’t even contribute a simple tribute. His creative block still remains.

In addition to the character design for Hunter x Hunter, there were a few comments from the voice actresses who participated in the series. They are by Megumi Han and Mariya Ise, who lent their voices to Gon and Killua, respectively.

Han commented, apparently excited, ‘It was my beginning and it will always be my starting point. It has been ten years since I was allowed to start. [Hunter x Hunter] has given me many invaluable encounters and things in life. ‘ 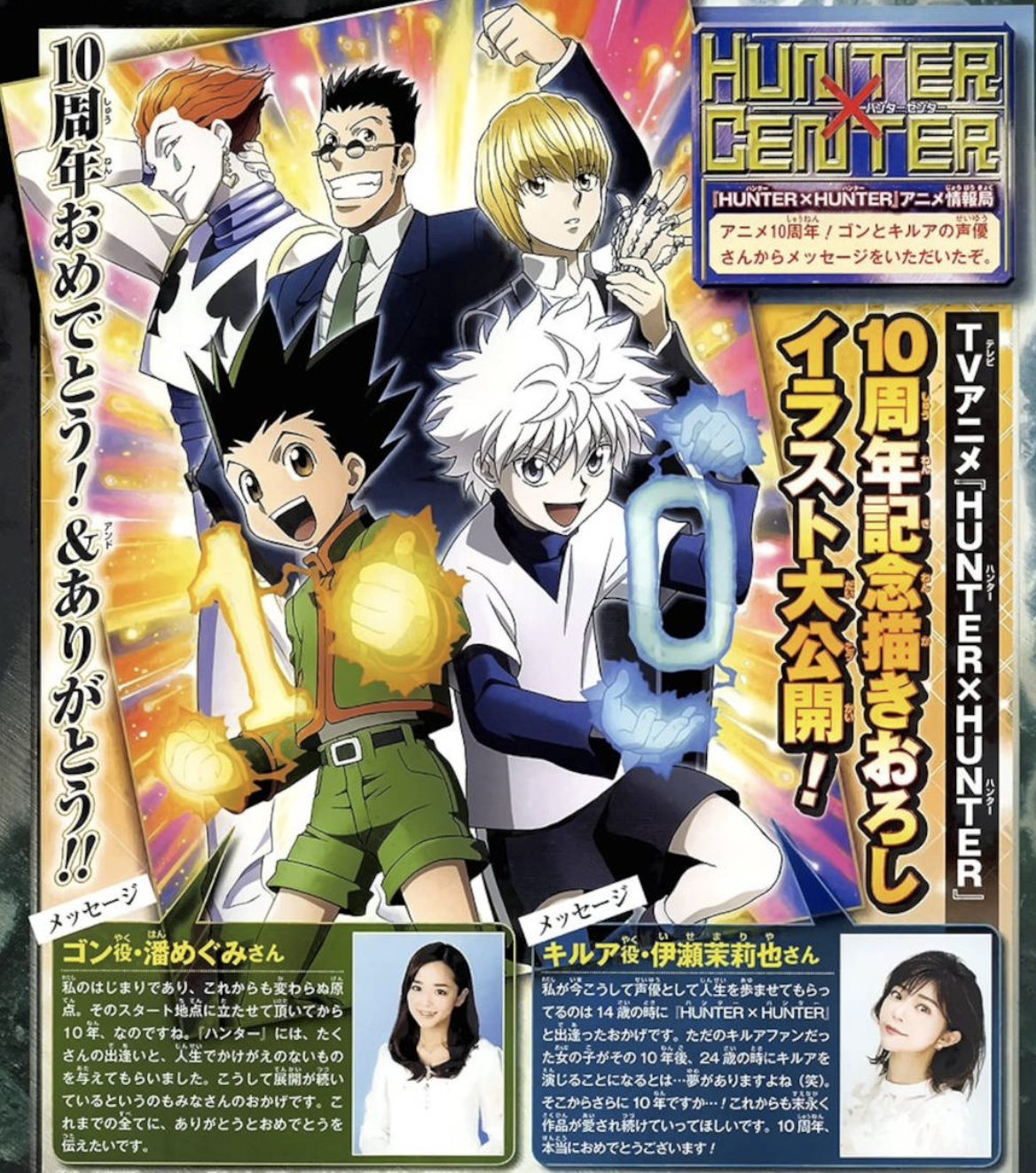 Comments from the actresses of Gon and Killua

To the above, she added, ‘It is thanks to all of you that this series continues to develop in this way. I would like to thank and congratulate for everything that has happened so far. ‘

Ise, on her side, declared “I have been able to live as a voice actress thanks to my encounter with [Hunter x Hunter] when I was 14 years old.”

She went on with ‘thinking that a girl who was just a Killua fan would end up playing her role ten years later, at the age of 24 … what a dream story (laughs)’.

Mariya Ise ended by saying ‘another ten years from then…! I hope this series will be loved for many years and congratulations on its 10th anniversary. ‘

What is a real shame is that the anime is completely stagnant. All because the creator of the manga has not advanced anything with the story. Togashi once commented that he wanted to finish the series, but he couldn’t bring himself to take up his work again.