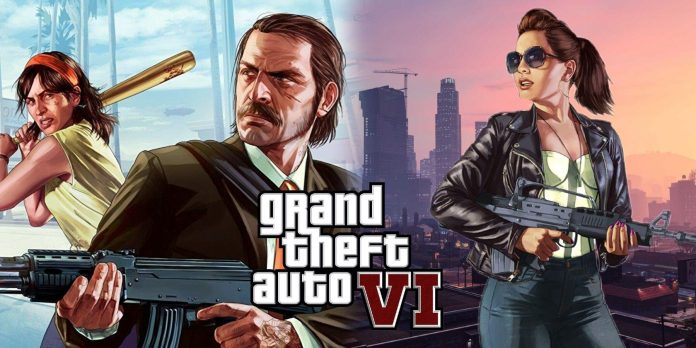 The Grand Theft Auto series from Rockstar Games is one of the largest video game franchises of all time. From the changing landscape of crime games to how Grand Theft Auto 5 became the fastest-selling entertainment product in history, it’s obvious that it had a big impact on the industry and beyond. Both financially and critically, the Grand Theft Auto franchise has been a success, and although the previous part of the main line has only continued to grow since its release in 2013, many fans are looking forward to the release of Grand Theft Auto 6.

Considering how successful Grand Theft Auto 5 was, not to mention the series as a whole, another sequel seemed inevitable. However, due to the fact that Rockstar focused on Red Dead Redemption 2 in the years after the release of the game, not to mention a number of other projects, there was little official news about Grand Theft Auto 6. Rumors and speculation continued to swirl around the next installment, and fans were over the moon when they finally confirmed that it was in development. The next record is probably still a few years away, but Rockstar has begun to reveal a few details that have caused confusion, such as changing how the series will show its trademark humor in the future.

Video games in general can have a pretty bad reputation, as some people outside the industry and community believe that it is nothing more than a mindlessly violent pastime. Unfortunately, the Grand Theft Auto series is often cited as an example of how video games can glorify crime, justify violence, and encourage bad behavior. This doesn’t mean that games like Grand Theft Auto don’t have some elements of these aspects, but these examples are often taken without the necessary context and used by people who haven’t actually played the games themselves.

Video games weren’t always right, and some games and developers continue to make mistakes to this day. Unfortunately, it took a long time for video games to reflect the diversity of other creative industries, which in themselves are not so diverse yet. There have also been many examples in recent years where major studios like Activision Blizzard have had toxic working conditions full of bullying, misogyny and racism, and it’s clear that the industry still has a long way to go. But the good news is that some developers seem to be aware of this fact and are making sure that subsequent games reflect a more inclusive and diverse world.

The Grand Theft Auto series has long been something people point to to criticize the way violence is handled in video games. Regardless of whether it’s justified or not, it largely shows how the franchise is perceived. In the past, games have included crude humor that sometimes crossed the line, as well as plenty of opportunities for players to uncover the insane criminal side of their protagonist. Marginalized or often maligned groups usually become objects of violence or the subject of jokes in games, and this also did not help the image of the franchise.

But it looks like Rockstar may be trying to put things in order. It’s been almost ten years since the release of Grand Theft Auto 5, and a lot has happened since then, both politically and culturally. Many entertainment industries have changed their approaches following cultural phenomena such as the Me Too movement, and it seems that this is gradually penetrating into the world of video games. According to recent reports, Rockstar wants to change Grand Theft Auto’s approach to humor in the next game to make it more politically correct and move away from more controversial aspects, such as humiliating treatment of female characters.

While this heralds a new era for the franchise and will undoubtedly coincide with other seismic changes to the familiar Grand Theft Auto formula, it seems some fans aren’t too happy. It may seem to some players that video games and other forms of entertainment should stay away from politics and political correctness, but the undeniable truth is that art — in all its forms, be it painting, cinema or video game — has always been political in its essence. It’s nice to see not only a major studio, but also an incredibly fundamental franchise willing to take risks and make changes to adapt, and many players will probably be happy to see the new direction of Grand Theft Auto 6.

Kick up, not down

Some fans may not necessarily be concerned that the series will become too politically correct, but instead it should be remembered that a change in humor — an aspect that has become a major factor in previous Grand Theft Auto games — can distract attention from the upcoming game and prove detrimental.

Stay alive: how the deleted scene of the second season explains...