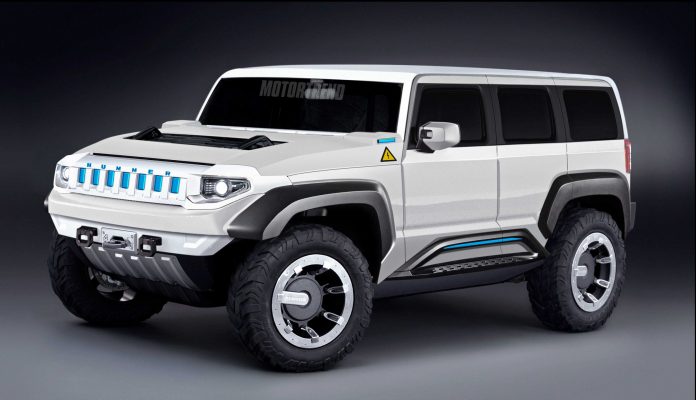 General Motors made the expected announcement for the introduction of the electric Hummer SUV. It was announced that the car will appear on April 3. Hummer introduced its high-tech electric van, which can travel 563 kilometers, last October.

General Motors manufactures electric Hummer under the GMC brand. The company did not provide information on when the wheels will start to spin for the electric SUV. Hummer, which will begin production of electric vans later this year, will first deliver its vehicles to customers who purchase the top package.

GM retired the Hummer brand in 2010 after the global economic crisis and rising gasoline prices. Hummer’s return came under the umbrella of General Motors’ billion-dollar electric car investment. Changes have also been made to the Hummer’s logo, reflecting the electrical conversion.

The electric Hummer SUV will be one of the first cars to use GM’s new electric battery platform Ultium. The platform in question is capable of generating 50 to 200 kWh of power and provides a range of almost 650 kilometers.

China prepares launch of probe to study the Sun in 2022