Home Sport Hummels, exclusively: “Inter plays against Barça, but it has everything done” 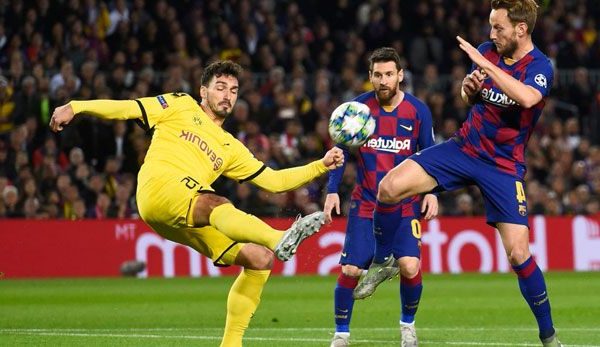 On the current situation of Dortmund
“We only watched our performances and they were very changing in the season. But nothing is lost yet. When we find our way and achieve a series of victory, we can quickly reach the place we want to be on the table. ”

“It would be good if that were the case and we arrived in top form when the titles are decided. Until then we have to stay up there. In the Bundesliga, no team really goes forward. This is mainly because the level has clearly increased. Small teams no longer travel to Dortmund or Munich to be defeated. They have become much stronger tactically and individually and have a clear plan. That’s why known teams lose many more points. ”

Lack of consistency
“Sometimes we have to wake up a bit in the game. The 4-0 against Leverkusen sounds clear, but we had big problems in the first 20 minutes. Sometimes we go to the games and see how it works. Sometimes, we activate only when there is no other way. If we have it under control, we can be a superior team. We are on a very good road. This is not something that changes in a day or two. We have to solve it for ourselves. When you look at the training sessions, there has been a development in recent weeks: mentality, attitude and acuity.

Winter market
I was a winter signing, even on my first change to Borussia Dortmund … Therefore it can be useful. However, we can also improve many things with the existing template. But if we can get an individual class player in the winter market there is nothing against it.

The situation in the Champions League
“We have played a solid group stage so far. Against Barcelona we failed at home and we didn’t see our good performance rewarded with a victory. If we had done that, we would not be in this situation now. Maybe now we are a small victim of the game plan, since Inter plays against the rival of the supposedly stronger group, but Barça already has everything done. If we win against Slavia and finish the group with ten points, that’s very good. At the same time, this result must also be the self-image of Borussia. If it will be enough or not, we’ll see.

The Slavia of Prague
“He has done very well in all the Champions League games so far. They tied in Milan and Barcelona and could even have won against Inter. They raised big problems for Barça and us. That’s why we know it’s a really good team. Of course, his name is not so big and the media should always write so that a possible defeat, put in retrospect, can be ruled out as a disgrace. In fact, Prague is a very good team that will definitely not make our lives easier. We know what they are coming from and I think it’s not too bad when fans know it too. From the outside everyone says we have to beat them, but Slavia is really good and deserves recognition.

His role
“I try to take responsibility. Especially in the field where I verbally drive, order and encourage. It is already a problem in our team that sometimes we are a little quiet. That is why it is very important that leaders move forward. And also outside the field where this role should be played positively and as a role model for appointments, interviews and autograph sessions.

His performances after returning to Dortmund
“The penultimate week was the first weakest. Except that, personally I can be really satisfied. I entered well and played some games that were not bad. My mistake against Barcelona and the expulsion in Berlin, of course, spoil everything. Therefore, I would like to complete a very good personal year 2019, since 2018 for me was not so good.

“In my opinion, this year has been absolutely satisfactory. I fought at Bayern after being in a difficult situation and won twice. In Dortmund I immediately regained my balance.

Your goals for 2020
“My big goal is to complete the good first half of the 2019 season and achieve a title. We want to stay in all three competitions and be in them in the stretch of the season when they really are important. ”