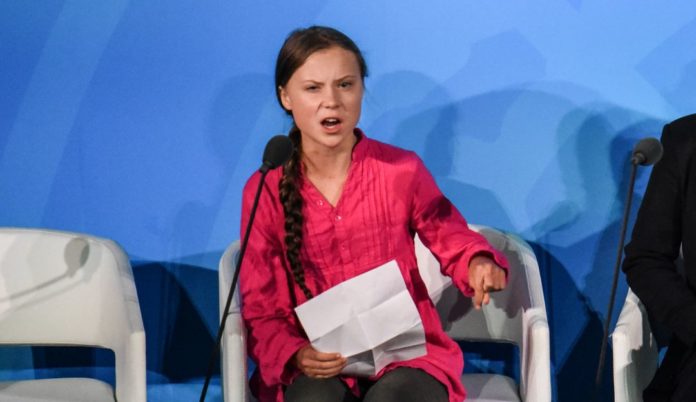 Disney’s video-driven streaming service Hulu will document the 16-year-old Swedish environmental activist Greta Thunberg. The documentary, which is expected to shed light on the process since Greta began school strikes, will be aired in 2020.

Greta Thunberg, recently named Time Person of the Year Time by Time magazine, became the face of the struggle against climate change this year. Despite being 16 years old, the Swedish little girl, who devoted herself to this issue, did not go to school on Fridays in response to the government’s policies on climate change and sat in front of the Swedish Parliament.

Thunberg, who led the climate change protests in which more than 2 million people participated in more than 100 countries this year, further doubled his reputation with his bold speech to the world leaders at the Climate Summit organized by the United Nations (UN).

Greta Thunberg, who is only 16 years old, will be screened as a documentary
Now we will watch this 16-year-old Swedish climate activist documentary. According to Deadline, Disney’s digital broadcasting platform Hulu will release Thunberg’s documentary in 2020.

The documentary, produced by B-Reel Films and directed by Nathan Grossman, will shed light on the efforts of the famous environmental activist so far and convey the events behind the scenes to the audience.

Some people think that Thunberg’s effort is not sincere, even a project of some global companies. But even though he is only 16 years old, he inspires millions of people in the world and makes an extraordinary effort to put this little girl in a different place than his contemporaries.

Hulu’s documentary Greta Thunberg has no official release date yet. We know it will only be published in the coming year. We will continue to share new information with you if the information becomes available.

Post Malone gets a huge tattoo on his face: shocked internet...