Home News Hugh Jackman just got back to Ryan Reynolds, urging him to quit... 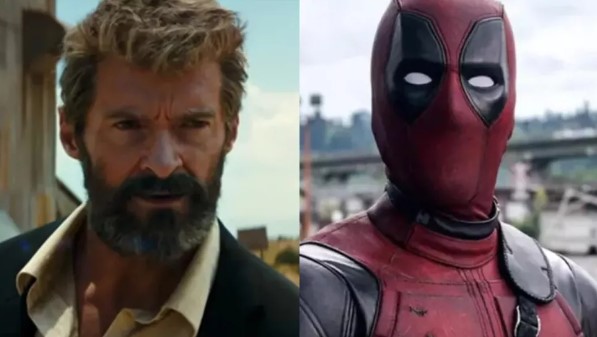 The feud between Hugh Jackman and Ryan Reynolds is legendary and frankly a sign. Their playful, malicious energy is hilarious, and these two are not afraid to cast a shadow on each other. With the exciting announcement that the two have teamed up for “Deadpool 3,” they’re back to their machinations, and this time Jackman is throwing them back a few years in the most hilarious way.

Let me take you back to 2018, the premiere of “Deadpool 2”, and “Logan” was released a year earlier. Reynolds has made it very clear that he wants Wolverine to be in a Deadpool movie. However, after Logan’s release, it seemed impossible because Logan died in the film. It turned out that Jackman dropped his claws and left the role. So, in 2018, when Reynolds was asked if Wolverine would appear in the next installment of “Deadpool,” Reynolds told Variety:

”You know that’s a long-standing dream of mine. But you know, sadly it’s Hugh Jackman that’s the skin-colored speedbump on the road to that sort of happiness. We’ll see. He hung it up. So, we’ll see.”

Now, about a week after the announcement of “Deadpool 3,” Jackman has posted this deep and hilarious interview in his Instagram stories, check it out:

The Wolverine actor had to scroll back to find him. I’m sure that because of such a long fake feud, we can expect even deeper and more hilarious callbacks before the release of Deadpool 3.

Jackman and Reynolds have been making fun of each other on social media for a long time, so this is not surprising. Reynolds applauded Jackman in an aviation gin commercial. Jackman gave Reynolds’ wife Blake Lively a free coffee for dealing with Reynolds all the time. And the two even paused their feud for a second to help raise money for charity during the pandemic. However, the feud has resumed, and the two are having fun not holding back.

Looking at the entire interview published by Jackman in 2018, it should be noted another interview with Simon Kinberg, producer of the films “Logan” and “Deadpool 2”. what Logan ended up with seemed unlikely.

The Logan factor has been the subject of criticism around the announcement. However, fans should not be angry about the return of Wolverine, there are many reasons for joy, namely that Jackman and Reynolds are finally transferring their cheerful energy from social networks to the big screen.

Another reason we might be worried about the Reynolds/Jackman team we dream of is the person who will direct them. The director of “Deadpool 3” will be Sean Levy, who worked with Reynolds on the films “Free Guy” and “Project Adam”, and also shot Jackman in “Real Steel”. All three seem to be dumb and funny guys who have created incredibly successful films. It seems to me that “Deadpool 3” will be no worse, if not better.

Along with the announcement of Wolverine, we also got the release date of “Deadpool 3”. The third part of the mercenary with the story of the mouth will be released in theaters on September 6, 2024, which will place it at the beginning of Phase 6 in upcoming Marvel releases. So while we’ll have to wait a bit to see how these two come together, I’m sure the social media shenanigans will continue. Personally, I can’t wait to see what kind of jokes these two have in store for the next few years, if it’s something like this deep cut, we’re in for a wild ride.

Decentralized Exchange (DEX) Guide: What is What