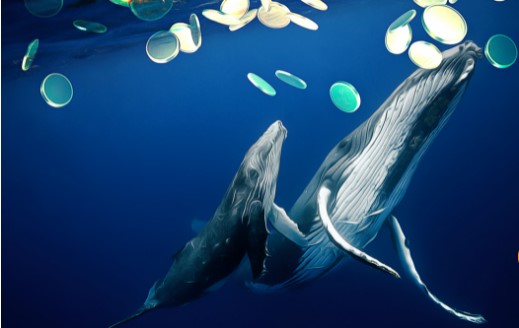 WhaleAlert, a service that monitors the movements of whales in the crypto market, reports that an anonymous whale has purchased 120 million Ripple (XRP) worth approximately $80 million. It is also reported that this whale named Bithumb moved 35 million XRP to two different anonymous wallets. This macro investor currently has 85 million XRP in his wallet.

Stock Market or an Opportunistic Whale?

Prior to this big transaction, this wallet also bought large amounts of XRP on February 18 and distributed it to other small wallets. Examining this whale’s behavior pattern, experts think it may have an active exchange or platform, as it constantly receives large sums and then distributes them in smaller batches. Stock markets can give vitality to the market with these giant movements or show investors different directions.

On the other hand, all the activities of these macro investors in the crypto market are closely followed by analysts and investors. Accordingly, analysts underline that whales lurk in the market and watch for declines. After Russia’s military operation in Ukraine, there are decreases in the crypto market as well as in the general market. These bearish opportunities are not missed by whales and they are especially turning to Ripple (XRP), which they think will get a positive result from the SEC case. Blockchain analytics firm Santiment reports that XRP tokens in whale wallets holding XRP rose 76% between December 2021 and February 2022.

On the other hand, looking at the general trend of Ripple (XRP) in the market, it is seen that it goes in parallel with other cryptocurrencies and general global finance. Ripple has lost 8% in the last 24 hours. The market is generally bearish, but with this decline, Ripple (XRP) falls below the key psychological resistance zone of $0.7. At the time of writing, XRP is trading at $0.64.