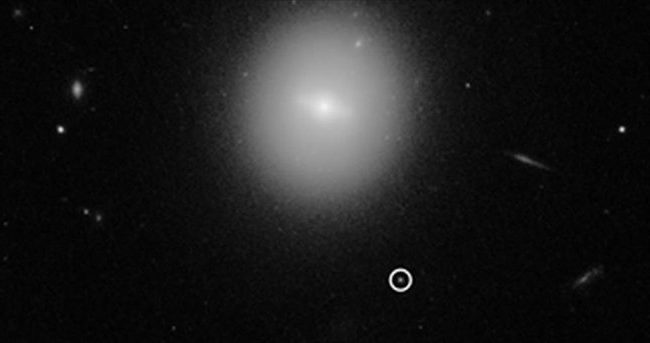 The Hubble Space Telescope, which continues to illuminate the scientific world with images sent from the depths of space, discovered a medium mass black hole (IMBH). IMBHs formed as a result of the collapse of a big star were described as the missing link in the evolution of black holes.

According to the research published in the journal Astrophysical Journal Letters, a medium mass black hole (IMBH) was discovered as a result of the collaboration of Chandra and Hubble telescopes. IMBHs, formed by the merging of star mass black holes, were described by the scientific world as the missing link in the evolution of the black hole.

Although astronomers have managed to find candidate objects for these types of black holes in the past, scientists from the University of New Hampshire, who discovered the discovery, say the new finding is the most convincing evidence of the presence of medium-sized black holes in the universe.

Researchers, who have been tracing the black hole since 2006, say they have taken action after discovering a powerful X-ray radiation glow called 3XMM J215022.4−055108. Researchers, who cannot determine whether the source in question is inside or outside our galaxy, state that the glow is not in the center of the galaxy, where there are usually large black holes.

Astronomers using the Hubble Telescope to determine the exact location of the X-ray have determined that the glow is caused by the dense cluster of stars outside the outer galaxy. Dacheng Lin, the lead author of the study, said, “Medium sized black holes are difficult to understand. Therefore, it is very important to carefully consider alternative scenarios for each candidate. This was what Hubble allowed us to do. ”

Stating that the mass of the black hole is 50 thousand times the Sun, Lin said that a medium-mass black hole is the “most likely explanation” of the X-ray in question, according to Hubble’s data.

Video published on the discovery of a medium mass black hole

Scientists Discover New ‘Ghost Particles’ From Inside the Earth