The Hubble Space Telescope was able to capture images of a galaxy called NGC 5468 with eye-catching details. Located approximately 130 million light years away from the galaxy, offers spectacular images revealed.

When astronomers look into the depths of space, they often have to settle for what they see. Humanity has developed powerful tools to study distant objects in the universe and has come a long way to this end. But it is almost impossible to capture a photograph of a distant galaxy from many angles.

According to the current angle of the galaxy against Earth, scientists can only visualize a blurry part. But some galaxies come across scientists with an unimaginable detail. The galaxy called NGC 5468 is definitely part of this group. 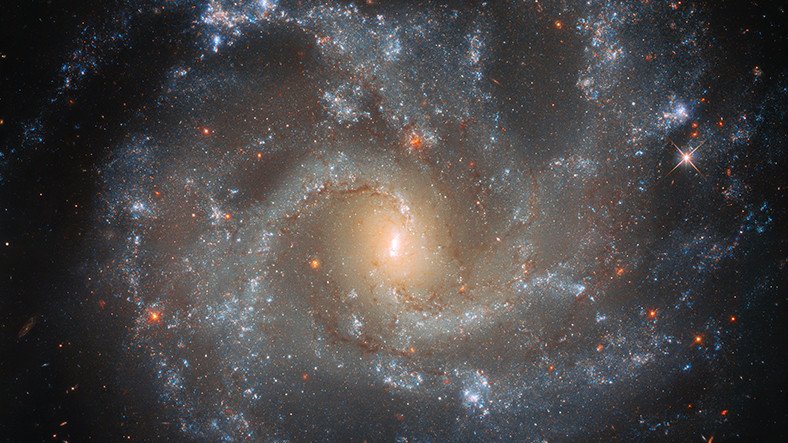 Scientists have been observing the galaxy NGC 5468 for about 20 years. Since the year it was discovered, astronomers have also been able to detect many supernova explosions within the galaxy. According to NASA, the location of the galaxy is perfect for detecting starbursts.

NASA said, rağmen Although the galaxy is about 130 million light years away, its location and angle make it very easy to detect new star formations. The Hubble Space Telescope captures the NGC 5468 directly from the front, and we can see the projected spirals of the galaxy in perfect detail..

The dream of visiting a galaxy so far from Earth is not possible with humans or spacecraft. But observing these formations in the far corners of the universe is crucial to understanding the evolution of our own galaxy and other galaxies such as NGC 5468.