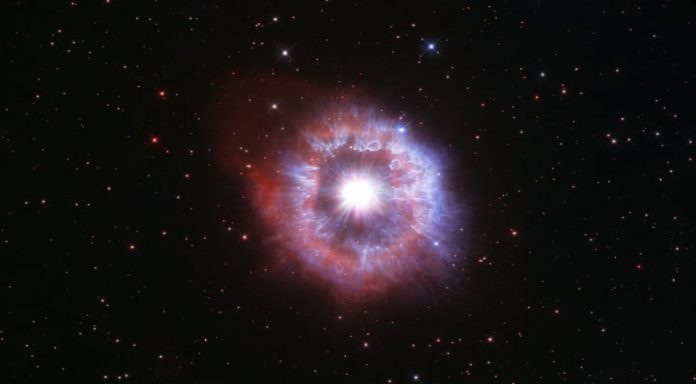 Hubble celebrates its 31st anniversary. To celebrate the 31st anniversary of the Hubble Space Telescope, researchers used the telescope to view one of the most famous stars in the galaxy. The AG Carinae displayed in this context was dazzling. Carinae, one of the brightest stars in the Milky Way, emits the equivalent of 1 million suns. However, due to the distance of 20,000 light-years and the large amount of dust between us, it is often invisible to the naked eye.

Examining the star, which can be seen with telescopes such as Hubble, can provide information about how extreme stars develop and provide beautiful views.

Scientists use data from visible light and ultraviolet wavelengths.

Looking at AG Carinae’s ultraviolet range allows scientists to see in more detail the dust structures surrounding the star. In this case, the image uses data from both visible light and ultraviolet wavelengths.

As the AG Carinae is very shiny, it is noted that it burns an enormous amount of fuel and is quite unstable. Hubble scientists describe it as “convulsive seizures” as it inflates it to a larger-than-normal size and throws layers of gas into space.

In addition, these eruptions are thought to be able to eject material as large as 10 times the mass of the sun. One of these massive explosions is claimed to have created the beautiful shell of dust and gas that gave the star its distinctive appearance when it occurred 10,000 years ago.

Stars like this do not last long, at least in terms of stars, and have lifetimes of several million years. Because they consume their fuel quickly and die young. The shaking phase of such a very bright star is called the bright blue variable, and studying them offers the chance to see the stars in extreme conditions.

“I like to study these types of stars because I’m impressed by their instability,” Kerstin Weis Hubble, a bright blue variable expert at Ruhr University in Bochum, Germany, said in a statement.

Amazon Prime Day 2021: How to Take Advantage of Offers and...