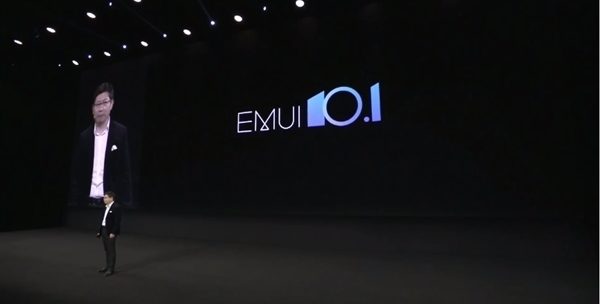 Huawei recently introduced its new interface, EMUI 10.1, in addition to the P40 series with its online launch. EMUI 10.1, which comes with new features such as Huawei’s new voice assistant, Celia, the video speaking application MeeTime, offers many new features to Huawei smartphone users.

Huawei also introduced its new interface EMUI 10.1 at the launch, which introduced P40 series smartphones. Introduced as a continuation of EMUI 10, EMUI 10.1 will offer users many new features and improvements.

Huawei used a new animation called the friction-shifting effect in EMUI 10.1. Thanks to this animation, the objects moving in the interface will slow down towards the end of the movement. Thus, a more pleasant appearance will be provided.

In EMUI 10.1, the sidebar can be revealed by sliding inwards from both sides of the screen, while applications to be used in the Multi Window feature can also be dragged into this sidebar. The Floating Window feature of the interface allows the incoming messages to be answered directly when the user does any work on their smartphones.

After a simple installation process, video and voice calls can be made via Huawei phones via Huawei computers. During this process, the camera and microphone of the computer are used instead of the phone’s camera and microphone. With Multi-Screen Collaboration, users will be able to use it from many Huawei computers, such as opening files on their phones.

Huawei’s new interface, EMUI 10.1, will be available to more than 30 Huawei devices in the first place. Huawei has announced that the Mate 30 series, Mate X and p30 series will reach EMUI 10.1. Other phones that will reach EMUI 10.1 and other details of the interface will be announced in the coming days. You can reach the news that we listed the other features that Huawei users will get together with EMUI 10.1 from the link here.

BTS stars in strange photos of their collaboration with Bodyfriend

Among Us Again Crowded, How and the Rules of the Game

A great way to get rid of unwanted messages on your...