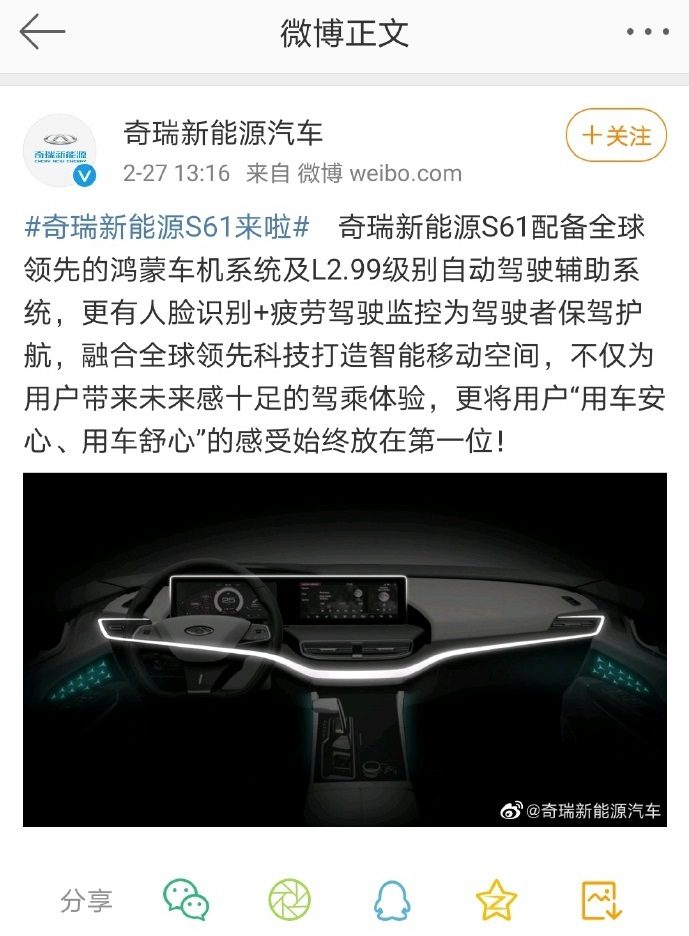 The operating system HongMeng OS developed by Huawei for IoT objects was first seen on the Chery New Energy S61. This sharing, which was done by Chery in Weibo and showed the vehicle’s capabilities, was later removed by Chery.

Huawei’s new operating system, HongMeng OS (Harmony OS in Europe) was thought to replace Android when it was first announced in the past months. It was revealed that this operating system, which later appeared to not come to smartphones, would be used in IoT (Internet of Things) devices.

In addition to these claims, many sources made claims that the Chinese manufacturer would enter the automotive industry. The truth is that Huawei won’t produce cars. Instead, the company will focus on ICT technology to help auto companies develop their software. The latest reports show the first car to use Huawei HongMeng OS.

Chery New Energy S61 may ship with HongMeng OS:
Chery, a Chinese automotive company, recently shared its new car, Chery New Energy S61, in Weibo. According to the share made by the company, this vehicle had many features to accompany the driver such as HongMeng OS, automatic driving assistance system with L2.99 level, face recognition system and fatigue monitoring. However, the company deleted this shared post after a while and only the screenshots taken by the users remained.

Saying that the system started to be developed before the US ban, Huawei Deputy General Manager Catherine Chen also said that HongMeng is safer and faster because it contains relatively less code than a smartphone operating system.

It is not yet clear whether Chery New Energy S61, which is Chery’s promising car, will work integrated with Huawei’s operating system HongMeng OS. In case of any developments in this regard, we will continue to inform you. Stay informed to be aware of all the developments.