The successor to Huawei’s Watch GT2 is getting closer and closer to being revealed, as IFA 2020 is already taking place and the Chinese has already confirmed participation in the event in early September, when new devices are due to be announced. Among them we will probably see the Watch GT2 Pro, which had images revealed today by a leaker.

The source cites some features that should arrive in the new watch, such as oximeter, professional health monitoring, 5ATM water resistance, titanium case, battery with 2 weeks of durability, built-in GPS and wireless charging.

As you can see, the Huawei Watch GT2 Pro must maintain a design very similar to the GT2, however it is possible to notice that the glass received a more minimalist finish at the edges, presenting a unique glass, while in the previous version there was a frame with a rotating edge around the screen.

The source indicates that the watch can come in two sizes: one 42 mm very similar to the existing one of the Watch GT2 and the other 46 mm. 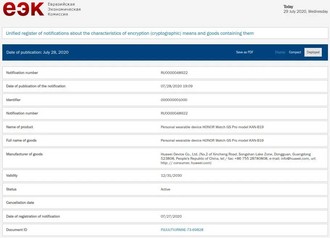 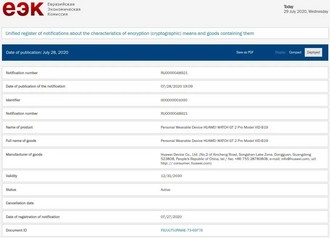 Finally, CEE also certified the GT2 Pro and Honor’s Watch GS Pro, although we still don’t have any information about the second, but it is very likely that we will see it at IFA 2020 right after Huawei’s launches on September 3rd.

A good, bad news for the iPhone 12 camera!

MOA celebrates its first anniversary as a TXT fandom

TXT reveals the first teaser “Can’t You See Me?”, their new...

Facebook Gaming Will Not Be Added To The Xbox One Interface...