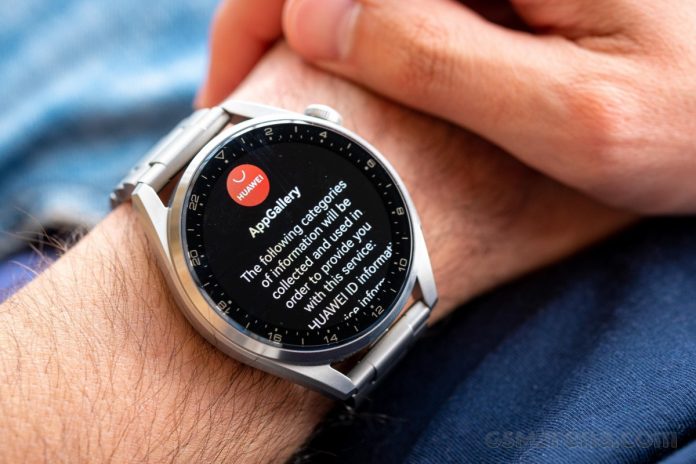 Despite the new operating system, the Watch 3 offers a number of features similar to Huawei’s previous wearables. Among the new additions is a redesigned home screen, which now consists of a watchOS-style grid of apps instead of a list. It also has video calling support via Huawei’s own MeeTime service.

Despite being described as a HarmonyOS device, the Watch 3’s long battery life shows that the operating system differs significantly from the version of HarmonyOS that Huawei uses on its new tablets and may have more in common with LiteOS used in its previous watches.

The design of the Watch 3 doesn’t look much different from Huawei’s previous smartwatches. The smartwatch has a circular 1.43-inch OLED display with a refresh rate of 60Hz and a maximum brightness of 1000 nits. There is no rotating bezel on this smartwatch as the display is edge-to-edge. Instead, you can control the user interface with the help of the rotating dial, similar to the Apple Watch. The watch will be available in several different styles, including a “sporty” model with a rubber strap, a “classic” model with leather, and an “elite” model with a metal bracelet.

Watch 3 for activity tracking; It has many of the same sensors as previous models, including heart rate tracking, Sp02 sensor, and sleep tracking. But what’s new for this version is that Fitbit offers a temperature sensor similar to last year’s Sense smartwatch. Huawei says this sensor can continuously monitor your skin’s temperature throughout the day. Huawei says the watch supports hundreds of different exercise modes, from running to climbing, cycling and swimming.

eSIM support on the Watch 2 Pro is also available here. This means that the Watch 3 can also be run independently of a phone, on its own 4G LTE connection. The watch supports direct voice calling and also offers support for video calls through Huawei’s MeeTime service. However, there is no confirmation yet as to whether the watch will work with other video calling services such as WhatsApp.

With 4G turned on, Huawei says you can get about three days of battery life from the Watch 3. However, if you turn off 4G and use the phone in “ultra longevity mode”, this period goes up to 14 days. Even in this low-power mode, Huawei says you can keep track of your activities and workouts, and watch faces continue to be animated.

In addition to the Watch 3, Huawei also announced the Watch 3 Pro, which offers up to 5 days of battery life when 4G is on and up to 21 days in long battery life mode. Other innovations in this smartwatch include a higher-end titanium build and more accurate GPS tracking.

Third-party application support continues to be one of the most important points of curiosity in Huawei’s first HarmonyOS watches. Huawei promises to work with developers to bring their apps to their devices. A number of apps, including Emirates Airlines, also showed off their logos. But beyond that, any application logos of the services we know do not appear in the promotions. Also, Huawei has yet to confirm support for any of the major music streaming services.

Huawei has not yet announced pricing and other details for the Huawei Watch 3 and Watch 3 Pro.