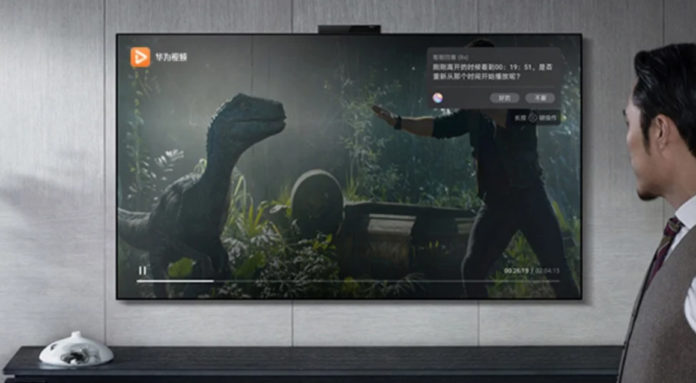 With the Huawei P40 series, Huawei, which we have been talking about recently, continues to appear with different product groups similar to other technology giants. The brand’s first OLED television: Huawei Vision X65 introduced

Huawei Vision X65 features
While this panel can reach 1000 nits of brightness, it has HDR support. Another remarkable point of the television that works with the HongMeng OS operating system is that it has an ultra wide-angle pop-up camera with a resolution of 24 Megapixels.

The Vision X65, which hosts an OLED panel of 65 inches, or 165 cm, offers a refresh rate of 120 Hz. In this way, a much smoother viewing experience is achieved in content such as sports competitions and games.

It is possible to control the hand movements and make video calls by using the camera with the opening mechanism. Powered by the HiSilicon Hi83559C processor, the television also has AI support thanks to the NPU.

In addition to the Hi83559C, there is a separate processor named Hongu 898, which is tasked with optimizing the image quality of the OLED display. In other words, an image that is adjusted dynamically according to the content on the screen is presented. Speaking of ready-made hardware, let’s mention that the Vision X65 has 6 GB of RAM and 128 GB of storage.

A total of 75W audio output can be achieved with 14 speakers on the TV.