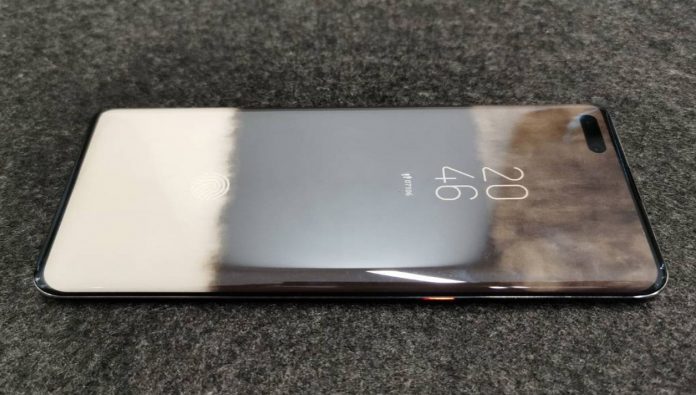 Huawei P50 is expected to be introduced in June. A new one has been added to the leaks related to the flagship Huawei P50. A photo circulating on the internet is claimed to be the design of the Huawei P50.

We recently saw different prototypes about the Huawei P50, which will be introduced in June. The Chinese manufacturer will introduce its new smart watch and operating system with the new flagship on the same date.

The image in question was sent anonymously to foreign technology press. We have previously encountered different design prototypes for the same phone. But this time the shared image shows a completely different design from the previous ones.

We see curved edges in the image of the Huawei P50. Along with this detail, the other point that draws our attention the most is the camera design. Because the camera is very similar to the Huawei Mate 30. The absence of a periscope camera in the rear camera indicates that this does not belong to a Pro variant.

If we look at the front of the device, we see a very good screen / case ratio and U-type notch. It is immediately clear that it is an AMOLED screen, which you would not expect otherwise from a flagship. We can understand this through the fingerprint icon on the screen.

We can’t help but say that it is suspicious to have an old camera design in the image. Because technology manufacturers often use new designs in flagship phones. Perhaps this design is another manufacturer’s phone prototype inspired by Huawei’s designs.

Although Huawei is stuck in the corner of the smartphone recently, we do not look forward to the possibility of reusing an old camera design.

Earlier this week, another Huawei P50 design emerged. Since that design is not old-fashioned, we were able to give it more possibility to be real.

It seems that we will hear more leaks, as the Huawei P50 will be unveiled in two months to June.

What will Huawei introduce in June?

Besides the flagship phone that is expected to be introduced, there are two more important details. One of them is the HarmonyOS operating system developed by Huawei, and the other is Huawei Watch. This trio is of great importance for the continuity of the ecosystem. Because Huawei does not have much time in Android. This situation requires increasing the variety of devices using HarmonyOS.

As previously known, Huawei P50 will come with HarmonyOS. Developer support is very important in bringing a new operating system to the consumer. The Chinese manufacturer continues to make strides in this regard. When the incoming innovations will be sufficient is up to the discretion of the consumers.

What do you think about the leaked Huawei P50 design?

One UI 3.0: Describes functions that come with Android 11