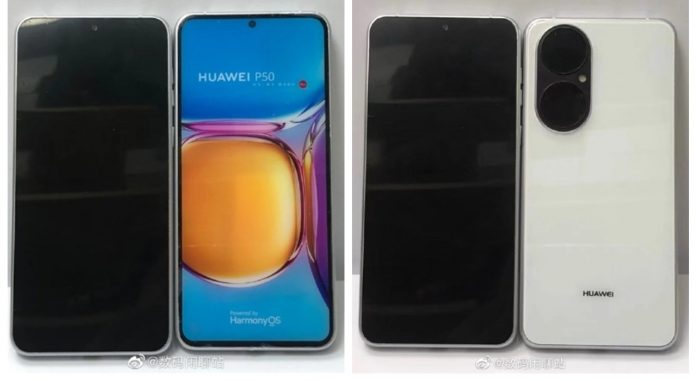 Huawei P50 design becomes clear. Huawei is expected to introduce the P50 series by organizing a new launch in April. However, the latest news shows that the company will delay this launch until June. But that doesn’t change the truth about phones leaks. Because the Huawei P50 model has emerged in its net form today.

The Huawei P50, which was previously leaked with various render images, now comes to light with new images showing that it is fully ready.

Images shared on China’s social network Weibo once again showcase the design of Huawei’s new flagship. According to the pictures shared, the Huawei P50 will come with a full screen with a perforated design on the front. In addition, the screen / body ratio of the device will also be at an extremely high rate.

The back design of the phone is compatible with previous leaks. As you can see in the picture below, there will be an oval-shaped module on the back of the Huawei P50. Inside this module, there will be a dual main camera setup that we are not used to.

Cameras to be used by Huawei in its new flagship have appeared many times. Accordingly, the Chinese manufacturer will prefer the IMX800 sensor in the standard model of the new Huawei P50 series. In addition, the company will take night shots to an advanced level with RYYB arrangements.

On the other hand, Huawei will continue to cooperate with Leica for the lenses of the P50 series. Leica will make big improvements this year, especially in color tones.

That’s all the news about the Huawei P50 series for now. We estimate that these phones, which users are eagerly waiting for, will be released in June at the latest.

Apple: Products Left For Repair Will Not Be Taken Until Stores...