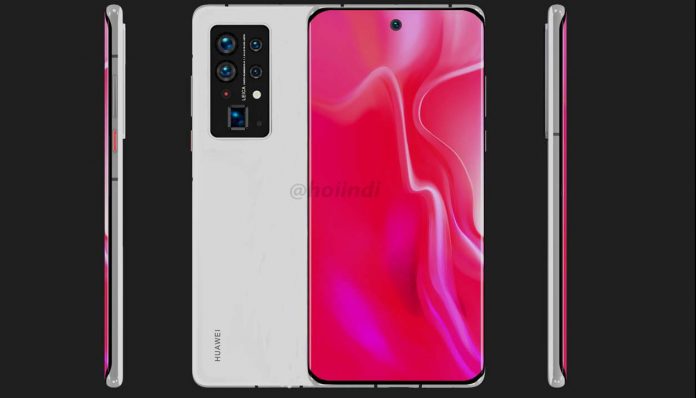 Various rendered images of Huawei P50 series smartphones have already leaked to the internet before. However, a video containing 360-degree images of the highly anticipated device was released today. The images of the phone, recorded from every angle, were evident in all details.

Huawei P50, which is a candidate to be a device that will attract attention with its camera performance, will have the biggest camera lenses of the company, as we know from previous leaks. The model, which is claimed to be developed with liquid lens technology, will feature a dual rear camera module designed with f / 1.1 aperture.

The Huawei P50 design video published by Steve Hemmerstoffer, a trusted technology agent, offers us a lot of details about the device. With a 6.3-inch diagonal metal frame, a flat screen and a glass back panel, the model will have dimensions of 156.7 x 74 x 8.3 millimeters. In this way, the new phone will appear with a larger screen than the previous model of the series, the P50. Also, when we look at the images, the series will have black and white color options.

The Huawei P50 model, developed with a dual speaker system, will feature an under-screen fingerprint sensor. While the selfie camera of the phone is positioned in the upper middle part; the rear camera will come in a vertical setup. In the middle of the dual camera module, there will be a single LED flash. In addition, the Leica script right next to the module does not go unnoticed. The company will collaborate with cutting-edge lens manufacturer Leica on its new device, as previously confirmed.

When will the Huawei P50 series be released?

Unfortunately, there is no official statement from Huawei yet. However, the company has always announced the P20, P30 and P40 series at the end of March in recent years. The smartphone manufacturer, which has made this a tradition, may also publish the P50 family on the same dates. If this possibility is taken into consideration, we may encounter this new series between 26 and 28 March.

According to estimates, the Kirin 9000E chipset will be used in the series, which will include Huawei P50, P50 Pro and P50 Pro + models. HarmonyOS user interface will be preferred in the Chinese version of the device that will not be able to benefit from GMS services due to the Google ban. In the global version, the device will open with EMUI 11.1.

WhatsApp will block anyone who does not accept facebook