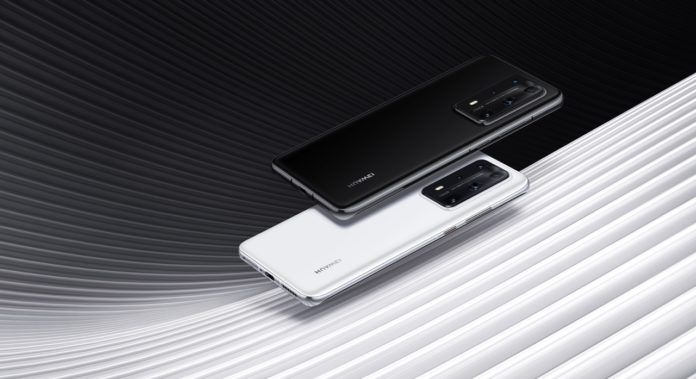 Huawei P40 Pro Plus features – Design and display
Huawei P40 Pro Plus features became clearer with the event organized. All the features of the phone, which has been spoken for a while and many leaks have been disclosed. According to the statement, the phone has an OLED screen with a resolution of 6.58 inches 2640 x 1200 pixels. This screen offers a 90 Hz refresh rate. In addition, HDR10 + support and DCI-P3 support are also available. It should be noted that the screen with 19.8: 9 aspect ratio offers 441 ppi density.

The phone adopts a perforated screen design. Here is a dual camera setup. Details on the camera side can be found in the rest of the article.

Huawei P40 Pro Plus features – Hardware
On the hardware side, there is a name that does not surprise us. The processor of the phone, powered by Kirin 990 5G, has an 8-core structure. Two of these Cortex-A76 cores are running at 2.86 GHz. The working speed of 2 Cortex-A76 cores is 2.36 GHz. Finally, the 4 cores run at 1.95 GHz. Mali-G76 MP16 graphics unit is located inside the processor.

The P40 Series also supports 160 MHz Wi-Fi 6 Plus technology, which allows data to be transferred up to 2400 Mbps.

The phone, which comes with 12 GB of RAM, has 512 GB of internal storage. It is also possible to increase this memory up to 256 GB with the microSD card slot. In the meantime, let’s mention that there is UFS 3.0 support on the phone.

The P40 Series also supports 160 MHz Wi-Fi 6 Plus technology, which allows data to be transferred up to 2400 Mbps. The processor in the P40 Pro Plus also improves its performance with the cooling performance provided by the 4-in-1 hybrid Supercool solution.

The phone comes out of the box with the EMUI 10.1 operating system with Android 10 support. The phone that comes with Huawei Mobile Services does not have Google Mobile Services.

The phone has a 50 Megapixel main camera. It comes with a 23mm f / 1.9 aperture RYYB sensor. Also OIS supported.

The main camera is accompanied by an ultra wide-angle lens with a resolution of 40 Megapixels. This 18mm lens has an aperture of f / 1.8. This camera has an ultra wide-angle lens equivalent to 18mm and a 1 / 1.54-inch sensor that supports a 3: 2 aspect ratio. The pixels on this sensor can be individually adjusted for shooting with long, short or normal exposure for hardware-based HDR videos. Sedecimpixel Fusion technology in the product supports 16-in-1 pixel editing to produce 4.48μm super pixels that increase light sensitivity up to 51200 ISO and are used for 7680FPS ultra slow motion video shooting.

Another camera is a telephoto lens with a resolution of f / 4.4 aperture of 240 mm and 8 Megapixel resolution. This lens is also OIS supported. The phone is able to zoom in 10x optically thanks to this lens.

The other telephoto lens is 8 Megapixel resolution and f / 2.4 aperture. The 80mm lens makes 3x optical zoom. This lens also has OIS support.

The phone is finally equipped with a ToF camera.

The camera setup of the P40 Pro Plus also has a color temperature sensor like other models.

It should be noted that Leica’s lenses are used in the rear camera setup, which can record 4K 60 FPS video. The phone with 3 microphones also includes Directional Audio Zoom technology, which zooms to the sound during video recording. Another important feature in video recording is that it can be recorded from two different cameras at the same time.

When we look forward, a binary setup welcomes us. The wide-angle front camera here is 32 Megapixel resolution and f / 2.0 aperture. Let’s also say that the lens is 1 / 2.8 ″ in size. Another front camera is the ToF sensor.

With the HDR supported front camera, 4K video can be recorded.

Huawei P40 Pro Plus features – Battery
The phone is powered by a 4,200 mAh battery. This battery is of course powered by reverse charging. It also has 40W wireless fast charging support.

The phone with IP68 certification welcomes us with a faster fingerprint reader.

Other models of the P40 family have different color options. However, P40 Pro Plus only has Ceramic Black and Ceramic White alternatives.

Huawei P40 Pro Plus price
Huawei P40 Pro price was also announced at the event. According to the statement, the phone has a price tag of 1.399 euros. The phone will go on sale in June 2020.

Huawei Mate 40 will be the first with its processor and...