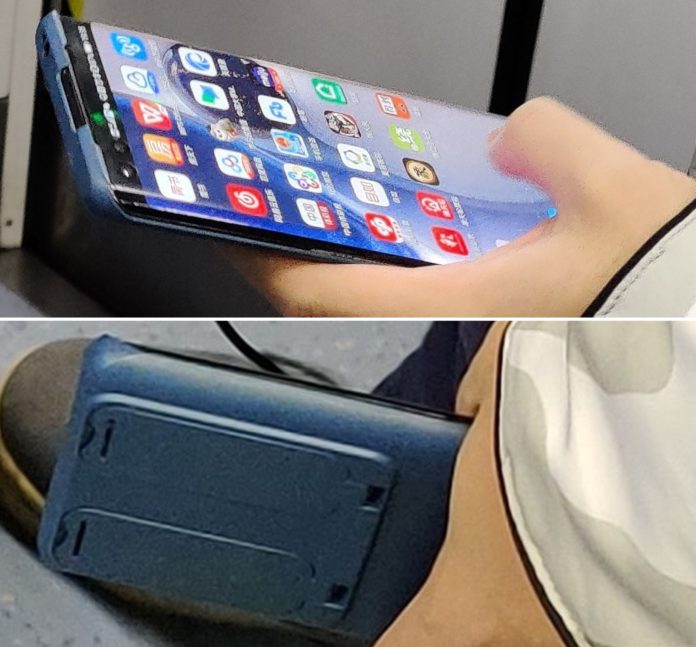 New photos of the new Huawei P40 Pro have appeared on the internet, with some rendered images recently released. The new flagship smartphone was displayed vividly in the hands of a person.

China-based technology giant Huawei is preparing to launch new flagship smartphones. The company plans to release new models of the famous P family this year. Huawei P40 Pro, which has appeared in various rendering images and claimed to have certain technical characteristics, reappeared in an exciting photo.

The Huawei P40 Pro model was vividly visualized in a person’s hand. It can be clearly seen that there is no notch on the screen of the smart phone, which is seen in a blue case in the photos posted on the Internet. The device has a dual camera hole instead of a notch, and the screen size is thought to be 6.1 inches or 6.2 inches.

Huawei P40 Pro will have a fairly thin bezel
The Huawei P40 Pro, which we can see on the front in the first photo, does not have any notch on the front and there is no frame. The status bar of the smartphone with dual front camera setup can be transformed into a black frame shape like all Huawei models, and a black frame can be created at the top of the phone to hide the camera holes.