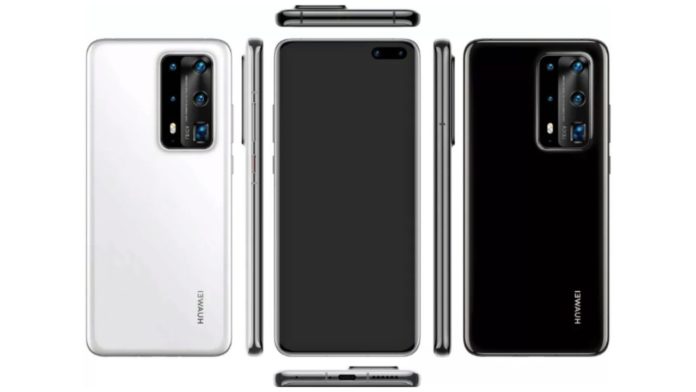 Huawei P40 & P40 Pro: technical features fully revealed before the presentation. A new leak on the future Huawei P40 and P40 Pro reveals all of their technical sheets.

Only a few days before the release of the next Huawei flagships ! A lot of information has already leaked before this presentation, such as the renderings of the different models planned, allowing them to be observed from every angle ; and today, these are the complete technical sheets that have just been put online by the 91mobiles media.

Unlike the P40, the P40 Pro sees its screen grow compared to its predecessor, being equipped with a 6.58 inch AMOLED screen. By cons, no change in terms of autonomy, a battery of 4200 mAh (accompanied by a fast charge 40W and a wireless charge of 27 or 40W) to take place in this device, which will work with the SoC Kirin 990 5G .

At the front, we can find a module composed of a 32 Mpx sensor and a depth sensor , while the back of the P40 Pro will accommodate a quadruple sensor (50 + 40 + 12 Mpx + ToF) . Suffice to say that there is little more in the shadows than the launch prices of these phones,that we expect at lower prices than those of the competition .