Home Tech Huawei P40 is coming: know what to expect from the technical sheet 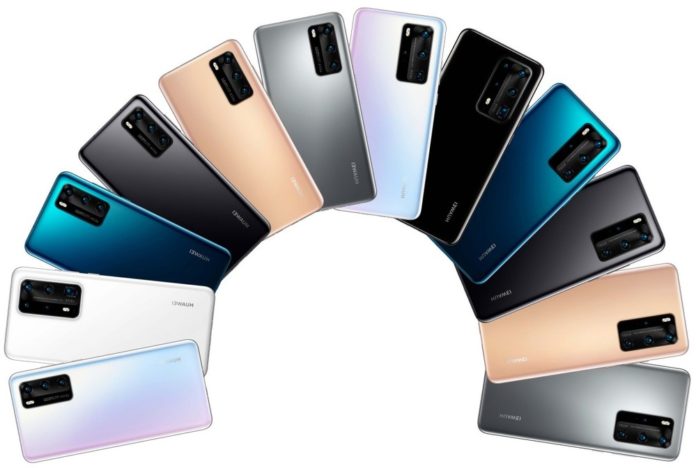 The Huawei P40 is the future phone with cutting-edge technical data from Huawei, whose launch event is scheduled for this Thursday (26). Although the specifications have not been released, some details of the line have already leaked on the internet. Behind-the-scenes information indicates that the Chinese giant should launch three smartphones: Huawei P40 and P40 Pro, in addition to the P40 Pro Premium Edition, an even more powerful special edition that should go head-to-head with the newly launched Galaxy S20 Ultra. Check, in the following lines, what is known so far.

Design follows competition trend
According to leaked images, Huawei should follow the market trend in the design of the new models. All versions will have a rear very similar to the Galaxy S20, for example, with a dedicated space to allocate the cameras. The rear will also have three different finishes: glass, ceramic or vegan leather.

It is also speculated that the P40 would have a 6.1-inch screen, while the Pro edition would come with a 6.5-inch OLED display. Another difference between them is that the advanced model should arrive with a slightly curved display on the sides, against a flat screen of the P40. The screen, remember, may have a refresh rate of 120 Hz.

50x zoom camera
Known for doing well in the photographic quality rankings, Huawei should bring a quad set in the P40 Pro and a triple camera in the simplest model. The P40 Pro would have the 52 MP (1 / 1.28 “) sensor supplied by Sony, accompanied by 40 MP cameras, with a periscopic lens and a fourth ToF sensor dedicated to depth of field.

The P40, on the other hand, would follow with a 52 MP main sensor, but only with an ultra wide lens (unknown resolution) and a telephoto lens. In both cases, rumors indicate that the latter should allow zooming up to 50x. The 32 MP and 8 MP dual front camera should be placed in a “hole” on the screen.

Advanced technical sheet
The new line should not bring many differences in relation to the current advanced models of the brand, such as Mate XS and Mate 30 Pro. They will be equipped with the Kirin 990 processor, octa-core created by HiSilicon, a company of Huawei itself. Models must also have 8 GB RAM.

On the battery, the devices are expected to leave the factory with wireless charging support. The components must be 3,800 mAh and 4,000 mAh in the P40 and P40 Pro, respectively – numbers well below those seen in the competition.

Huawei P40 Pro Premium Edition
As far as we know, the Huawei P40 Pro Premium Edition will be an extra edition of the model with even more robust configurations. Instead of the P40 Pro’s four cameras, the smartphone would have a set of five cameras. According to rumors, there will be two zoom cameras: a module that can achieve 10x optical zoom (focal length of 240 mm) and another module that would achieve a 3x zoom.

The model should have even more RAM (12 GB) and internal storage of 512 GB, in addition to a more powerful battery and larger screen.

Official launch of the Huawei P40
The three new models of the P40 line will be announced by Huawei on Thursday (26) in a live broadcast, in order to protect the public in the face of the coronavirus pandemic. There is still no information on the availability of cell phones in Brazil.