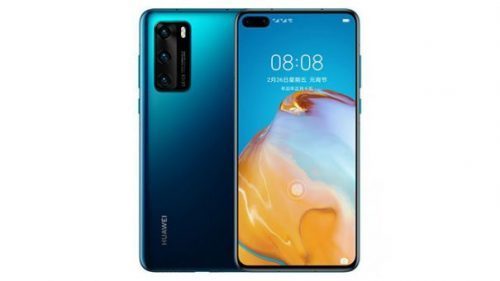 Huawei released only the LTE version of the flagship phone P40, which it released in the spring of last year. The Huawei P40 4G model works with another 4G-supported Kirin 990 5G chipset, which was introduced in the fall of 2019 and is also featured in the 5G-powered P40.

Kirin 990 5G was manufactured by TSMC (Taiwan Semiconductor Manufacturing Company) using the 7nm + EUV process. And it contains an integrated 5G modem. The 4G version of the chip is based on the 7nma architecture, such as the Kirin 980 processor at the heart of the Huawei P30.

Both chips have the same core configuration, but operate at slightly different clock frequencies due to differences in the 7 and 7+ processes. Despite having the same Mali-G76 GPU in chips, the number of NPU cores doubles in the 5G variant. So, its AI-based capabilities are a little more advanced.

The device comes with Android 10 and EMUI 10.1 installed on it. Naturally there is a Huawei AppGallery app store instead of the Google Play Store.

The Huawei P40 4G has two different versions, dark blue and ice silver. The phone is sold only in China with a price tag of 3998 yuan.

Huawei recently announced its foldable phone Mate X2. On the other hand, we expect the company to release the Huawei P50 series on March 26. The Huawei P50 Pro and Pro Plus models will have a 5nm Kirin 9000 processor just like the Mate 40 Pro model. The standard P50 model is expected to carry the slightly less powerful Kirin 9000E processor.

Google Pixel 6 Features Have Been Revealed