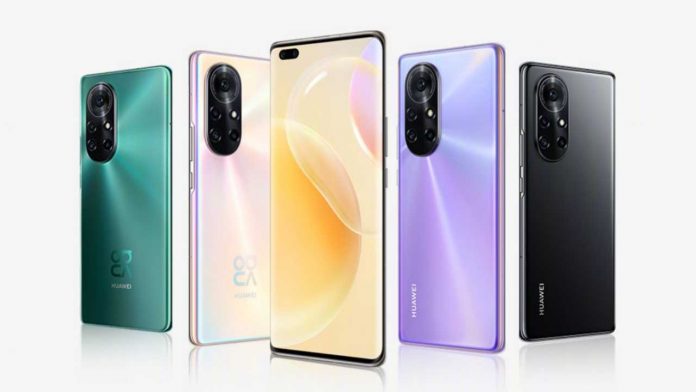 China-based smartphone manufacturer Huawei announced a few days ago that a new device, the Huawei nova 8i, would come to Southeast Asian countries. The company also shared the most important features of the model with the enthusiasts. No explanation was made about what the phone would look like, no promotion took place; until now.

Render images of Huawei nova 8i, which we do not yet know about the date of its sale, appeared today. The easiest thing to deduce from the photo circulating on the internet was the 4-lens rear camera setup of the device.

With the render images of the Huawei nova 8i that emerged today, we got a bit of an idea about the back of the device. A few features of the new model, such as 4300 mAh battery, Snapdragon 662 chipset and Android 10 support, were announced recently. In the camera setup, it was stated that there will be a 64 MP main camera, an 8 MP ultra wide-angle camera and 2 2 MP sensors that will serve for purposes such as macro and depth. Today, we have seen how this setup is included in the phone with a design.

Rendered images of the Huawei nova 8i have presented the back half of the phone and part of the right edge to the enthusiasts. It was easy to see the 4 lenses mentioned in the camera that stood out the most. Another phone where we saw 4 lenses of equal size was the nova 8 SE, which debuted last year. However, unlike this model, in the new device, the lenses are placed on a circular panel. There is a flash light source right next to the panel.

We see 2 buttons on the left according to the photo and on the right according to the phone. There are two possibilities for these buttons: It can only be for volume and keys such as lock and power can be located in different places. Or, a button that we see as a single button may be used to adjust the volume by having a 2-way press. The other button may also be placed there as a lock and power button.

As we said, the release date of the Huawei nova 8i is not yet known. No explanation has been given about the price. However, we will most likely receive updates on the subject soon.

9 countries that use personal data to prevent coronavirus