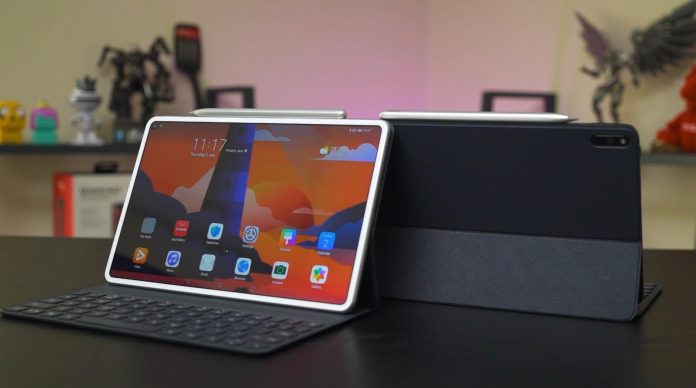 Just before the launch, where Huawei will introduce HarmonyOS and its new products, the features of MatePad Pro 10.8 have been leaked. The difference between the model introduced in 2020 and the device, which has many common features, is revealed in the processor and storage features.

According to the latest leaked reports, Huawei’s new tablet is leaking under the name MatePad Pro 10.8. However, this model is thought to be the MatePad Pro 2. The device, which has a resolution of 2560 x 1600 pixels, is expected to come with an IPS panel.

MatePad Pro 2, which is preparing to take the stage with its dimensions of 246mm x 159mm x 7.2mm; It is said to be powered by the Snapdragon 870 mobile processor in the Poco F3. In addition, the tablet is expected to have a 7250mAh battery with 15W fast charging support. The tablet will come preloaded with HarmonyOS 2.0, which is expected to be introduced at this launch.

The tablet, which has four speakers, a USB-C type charging port, and second generation M-Pencil support, also has a magnetic keyboard. In addition, MatePad Pro 10.8 plans to appeal to different styles with three color options. It is claimed that it will not differ much from the model introduced in 2019 in terms of other features.