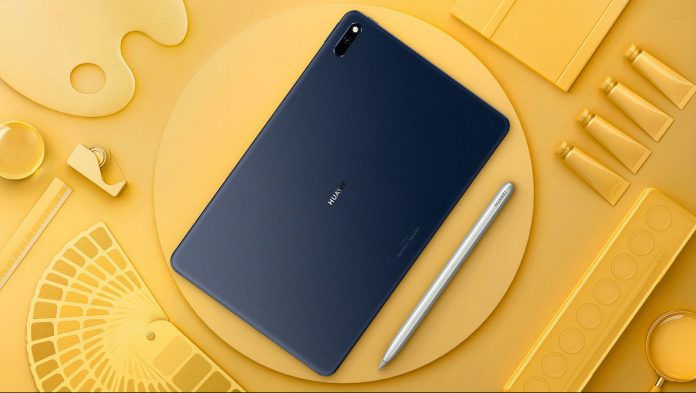 MatePad Pro 2 leak. Huawei launched the first Mate series tablet MatePad Pro in May last year. This tablet, powered by the Kirin 990 chipset, also came with a 2K resolution display. Now Huawei is about to announce the newest member of the Mate series. Because the leaked information reveals the release date of the MatePad Pro 2 model.

According to information provided by Chinese sources, Huawei will introduce its new flagship tablet MatePad Pro 2 on June 2. This will likely come with a launch that will take place after the Huawei P50 series.

In terms of technical features, Huawei MatePad Pro 2; Kirin will be powered by 9000 processors. Based on the 5 nm process process, this chipset offers a high level of performance experience. In addition to the processor, there will be two different models of this tablet. One of them will come with a 12.6 inch resolution Samsung OLED display, while the other will come with a Huaxing display. It is worth mentioning that Huaxingi is a display brand in China.

On the other hand, Huawei’s new MatePad Pro 2 tablet will come with the Harmony OS operating system. However, the name of this interface will be Pad OS and it will be supported with different features than mobile. For example, there will be a Mac-like double Dock bar system. This will also make the tablet’s connection between PC and mobile stronger.

The Harmony OS operating system will soon completely replace Android. All supported models of Huawei will switch to a different operating system after a few months. However, it is currently unknown how the company will find a solution against Google applications. Although HMS services are said to be the solution, there is no exact information about what exactly users will do to use Google applications. However, over time, all the details will become clear.

PS5: Double Discounts with PS Plus for a limited time