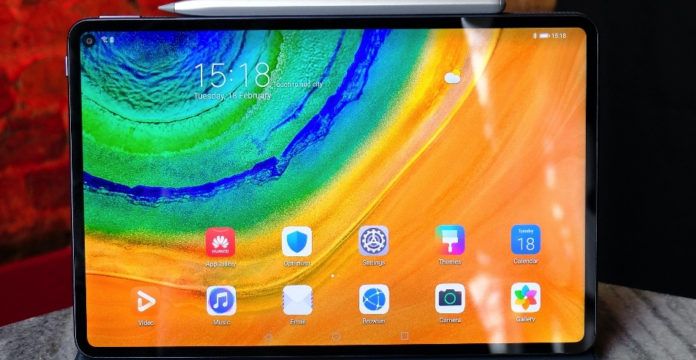 Leaks continue for the tablet that Huawei expects to introduce soon. Huawei MatePad design and features were learned as a result of the resulting images. When the advertising banner of the device to be used in China comes to light, some details about the tablet were also shaped.

The advertising banner contained basic information about MatePad’s display features. The device will have a 10.4 inch screen size and 2K resolution. In the leaked image below, the design of the device also appears in general terms.

On the hardware side, the tablet will get its power from the Kirin 810 processor. While the device comes with two RAM options, 4 GB and 6 GB, it will have two options for storage capacity, 64 GB and 128 GB. On the other hand, it turned out that the device will also have LTE and Wi-Fi versions.

It is revealed in the advertising banner that the battery capacity of MatePad will also be 7.250 mAh. On the other hand, it is among the expectations that the tablet with Android 10 will also have the EMUI 10.1 Lite interface. It is also known that MatePad will have at least two color options, and these will also be white and gray.

The first phone with an under-display camera took the test