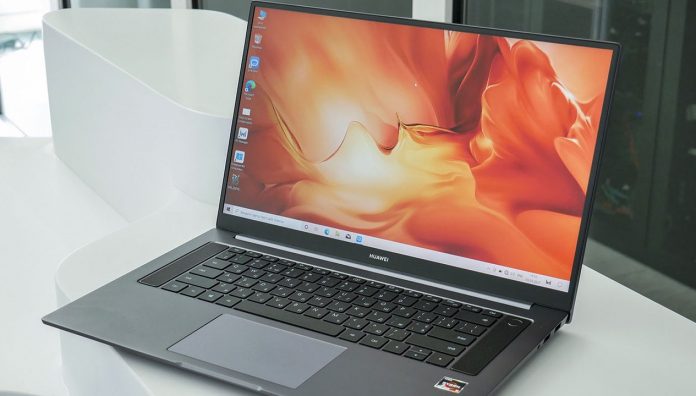 Huawei introduced its new laptop called MateBook D16 in Russia. As you can imagine, it is the continuation of the D series, which was in the form of the previous D14 and D15 but with increased screen size and RAM, a new processor and stereo speakers.

With a thin and large screen, a full-size keyboard, high amount of memory (both RAM and storage), a high-quality and practical metal case, this model seems to attract attention with its daily use and business.

The MateBook D16, which has a metal body like its other models, weighs 1.7 kilograms. The device will only be available in space gray color option. The model with a 16.1 inch Full HD IPS display comes with a non-reflective screen with a 60 Hz refresh rate.

The computer, which has a generally calm appearance, comes with 8 GB and 16 GB DDR4 3200 MHz RAM. It was nice to have 16GB of RAM to run freely on Adobe Photoshop, Adobe Premiere and other “heavy” applications.

On the storage side, there is a 512 GB NVMe PCIe SSD. As with the other MateBook D series, this hardware is expected to be from Samsung manufactured SSDs.

On the processor side, which is one of the most important features of the computer, it is powered by the AMD Ryzen 5 4600H processor, which consists of 6 cores and 12 tracks. The transition from “U” series processors in previous series to performance class “H” series processors will satisfy most users.

The device using a membrane-type keyboard has backlighting. This chip, which provides fast connection with Huawei smartphones running EMUI interface via Huawei Share, is located under the large touch surface.

The MateBook D16, which seems to be pleasing with its sound quality as in its previous models, this time welcomes us with small speaker blocks on the right and left of the keyboard.

Performance test results of the new MateBook model were announced as follows:

There are some nice small changes to the software too: with the new D16, you can use an EMUI 11-based smartphone as three windows, not two virtual desktops, in Huawei Share.

No announcement has been made about the price of the Huawei MateBook D16, but it is expected to be available at 70,000 rubles.