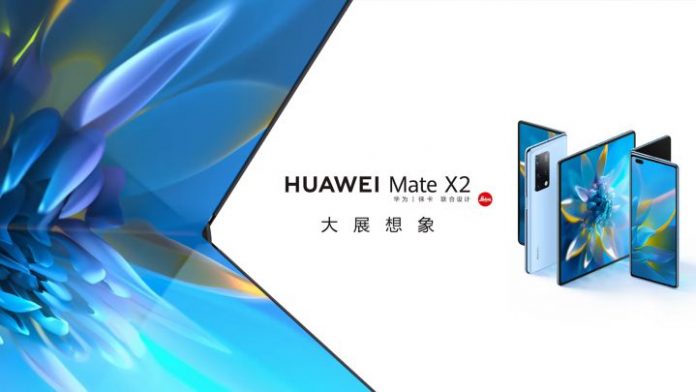 Huawei is fighting thick and thin to continue in the smartphone market. After the trade blockade imposed by the Trump administration, the company has found itself in a difficult situation. This does not mean that it has reinvented itself and has put solutions to all the problems as we have seen with its separation from Google. Now he continues his adventure without the support of Google and through the big door after seeing his new Huawei Mate X2 Fold.

All large firms are looking for the possibility of manufacturing a folding terminal. We have been seeing developments in the segment for two years and more and more people want to join the bandwagon. Huawei does not want to be less and now it has presented its new Mate X2 Fold, its new flexible terminal. Of course, its design is very similar to Samsung’s counterpart, the Galaxy Z Fold 2 that we saw last August 2020.

The Chinese device folds in its high half, giving the appearance of a traditional mobile when closed. In fact, it has a screen in one of the parts of no less than 6.45 inches and OLED type. It also has a 16 MPX camera in the upper left. Opening the device expands a flexible 8-inch internal screen with a resolution of 2480 x 2200 pixels and a refresh rate of 180 Hz.

If we go to the back of the Mate X2 Fold we will have nothing less than a quad sensor composed of a 50 MPX main, a 16 MPX ultra wide angle, a 12 MPX telephoto lens and an 8 MPX telephoto lens with 10x in its zoom. All this signed by Leica, the manufacturer of trusted lenses of the Chinese company.

The interior of the Mate X2 Fold

It’s time to take a look inside the Mate X2 Fold, which has everything you need to provide power and efficiency. On the one hand we have a processor of the house: the Kirin 9,000. This will provide 5G to the terminal and will be supported by 8GB of RAM and between 256 and 512 GB of internal space. As for its battery, it will mount a 4,500 mAh battery that will have a fast charge of 55W. On the other hand, the operating system that it will bring as standard is EMUI 11 based on Android 10, although it can be updated to HarmonyOS as soon as it is available.

Regarding the launch date of the device, the Mate X2 Fold will go on sale next February 25 for a price close to 2,300 euros in its most modest version of storage. Plans to bring the device to Europe are pending, so we have to wait for the company’s decision.