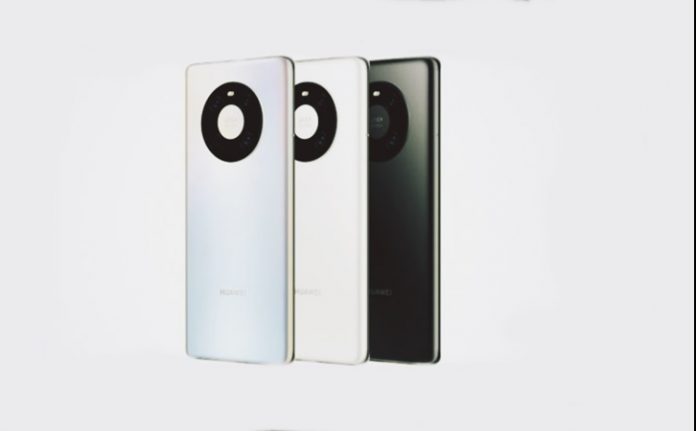 Huawei Mate 40 series appeared before users with four members. A new device has been added alongside the Mate 40, Mate 40 Pro, Mate 40 Pro Plus and Mate 40 RS Porsche Design. The fifth member of the series is called Huawei Mate 40E 5G.

6.5-inch Full HD + resolution curved OLED display on Huawei Mate 40E 5G. The touch sampling rate of this screen with a refresh rate of 90 Hz is 240 Hz. The hole in the upper left corner of the screen is also home to the 13 megapixel front camera of the phone. The fingerprint scanner of the phone is also built into the screen.

The fourth round on the camera island is the phone’s laser focus sensor. In the middle of the camera island, the Leica brand stands out. Huawei has been working with Leica for the cameras of its flagship phones for a long time.

At the heart of the Mate 40E 5G is the Kirin 990E processor. This processor is accompanied by 8 GB of RAM. It comes out of the smartphone box with the EMUI 11 user interface installed on Android 10. Internal storage options are 128 and 256 GB.

The Mate 40E 5G is powered by a 4200 mAh battery. This battery, which is charged via the USB-C input, has 40W fast charging support. The phone, which also supports 40W wireless charging, also offers reverse wireless charging. However, the speed of this feature has not been disclosed.

How much will I have to pay for the Huawei Mate 40E 5G?

Along with the Huawei Mate 40E 5G, the Mate 40 RS also announced the Porsche Design version with 8 GB of RAM and 128 GB of storage. This version will also be released in China on March 18. The price tag of the phone will say 10999 yuan.

GTA 6: One of the main characters will be a woman!