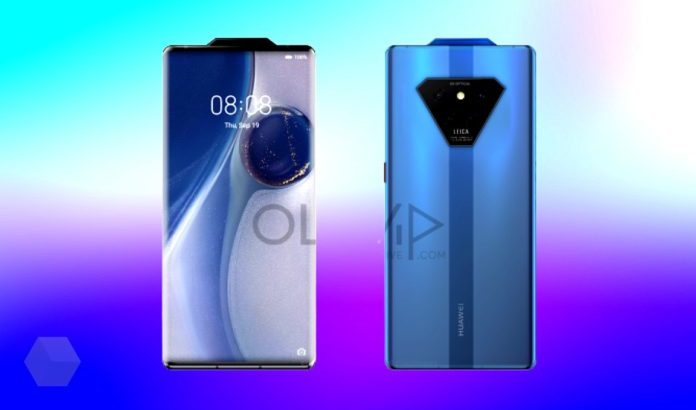 Huawei Mate 40 series is expected to be introduced in the second half of the year. Although information about the new generation flagship has not yet been revealed, an interesting concept design has come into the design of the phone.

Huawei P40 series smartphones will be launched in Paris on March 26. Chinese technology giant focuses on the camera features of the new generation flagship in its introductions. A new concept design work reveals an extraordinary interpretation of the design and camera setup of the flagship series Mate 40 Pro, which will be introduced in the second half of the year.

The render image shared by Slashleaks is based on Huawei’s patents and schemes to date. In the images, the Mate 40 Pro is seen with the FullView Horizon display panel with curved edges similar to the Huawei Mate 30 Pro.

One of the most striking points in render images is the selfie camera. The front camera is located in a 3-sided pop-up mechanism on the top of the device. On the back of the phone is a triangular camera design with a four Leica camera and an LED flash.

Mate 40 series, which Huawei will introduce in the coming periods, is expected to come with the new Kirin 1020 chipset. The next-generation processor is claimed to offer 50% more performance than Kirin 990. Also, a previously revealed patent revealed that the phone would have five rear cameras. Although it is stated in the rendered images that patents are adhered to, it will be a surprise for everyone to introduce Mate 40 Pro with such a design.