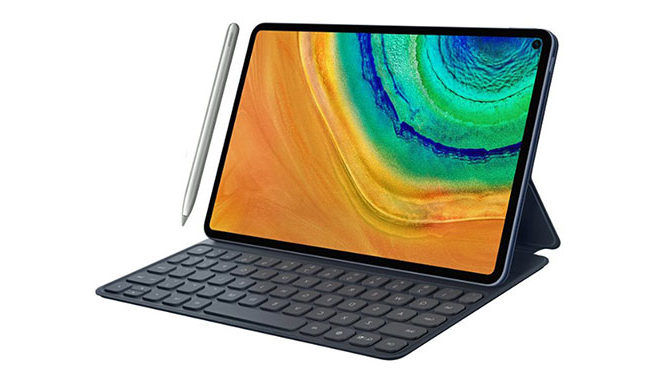 Chinese technology giant Huawei; Samsung and Apple announced MatePad Pro, the new tablet that could rival their tablets. So, how are the features and price of MatePad Pro? Let’s look at it all together.

If you are looking for a tablet for your business or daily needs, a new option is added to the options you may want to consider. Chinese technology giant Huawei brings an alternative to high-end tablets on the market.

The Huawei MatePad Pro , announced today with its launch , was originally announced in China in November 2019, but the tablet was not yet available worldwide. Now, the global announcement of MatePad Pro has been made.

What kind of tablet is the Huawei MatePad Pro?

The new tablet of the Chinese tech giant includes the flagship processor Kirin 990, which is also used in the Huawei Mate 30 Pro and Honor View 30 Pro . Thanks to the power of this processor, Huawei is able to compete with its rival iPad Pro. The device also adds power to its power with 6 GB or 8 GB of RAM.

The MatePad Pro uses a 10.8-inch LCD screen , with its competitor Apple choosing a similar display on iPad devices. There are cameras with a resolution of 8 MP on the front and 13 MP on the back.

MatePad Pro has a feature called M Pencil that will delight designers and designers . This pen, which can be charged wirelessly, has 4,000 prints and sensitivity levels. Thanks to this feature in the pen, very different drawings can be made.

In addition to this, the device has a battery of 7.250 mAh and support for 40 W fast charging . The tablet also features the reverse wireless charging feature, so you can also use it to charge your other devices, but it is thought that the tablet cannot be used while this feature is active.

The Chinese technology giant is developing its own ecosystem with its new tablet. If you own a Huawei smartphone, you can use two devices together . In addition to a feature such as using your phone from your tablet, you can transfer the contents of the devices to each other by using ‘drag and drop’ method.

Pricing of the device starts from 549 euros and goes up to 799 euros, depending on the hardware specifications . Of course, it should be reminded that price increasing factors such as tax and profit share are not added to these prices.

Does Huawei MatePad Pro rival iPad Pro?
We’ve talked about the device’s powerful processor , battery, fast charging support, and syncing with Huawei smartphones, but is everything really that good? The answer is simply no.

When you see all these features on the device, you can think of the tablet as a good alternative to the iPad Pro or Samsung Galaxy Tab S6, but MatePad Pro does not have Google applications . Huawei, with which Google supports service support, is also unable to take advantage of Google Mobile Services on its new tablet.

Chinese technology company, which is trying to take measures and find alternatives to this, has developed Huawei Mobile Services , but it is not yet known whether this service can completely replace Google Mobile Services. The company has not released any smartphone with HMS. Well, would you like to buy a device that doesn’t support Google Mobile Services? You can share your ideas with us in the comments section.