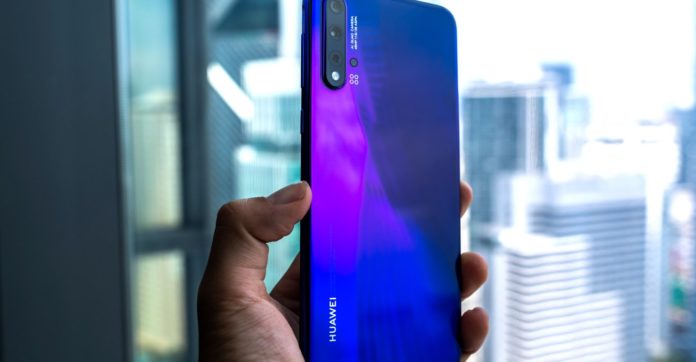 Huawei introduced the EMUI 10.1 interface as well as the new smartphone series P40 at its online event today. Along with the new interface, several applications that will replace Google applications are among the innovations.

Chinese technology giant Huawei introduced the Huawei P40 smartphone series, which we have been waiting for a long time today. The new phone series, consisting of Huawei P40, P40 Pro and P40 Pro Plus models, has already managed to attract the attention of many users with its magnificent features and camera.

Of course, in the online event organized by Huawei today, not only the new smartphone series was introduced. Along with the Huawei P40, new applications and new interface will be introduced at the event. The innovations that came with EMUI 10.1, the new EMUI version introduced by Huawei, are as follows:

Huawei MeeTime:
An application that departs from Huawei devices with Google services was Google Duo. The new app MeeTime supports video calls and low light mode in 1080p resolution, and even comes with screen sharing that isn’t available in Duo. The app is not only limited to Huawei devices either. So you can download MeeTime to any device you want.

Cross device photo gallery:
Huawei is carrying out a lot of work in order for its devices to be constantly connected with each other, and the last example of these works appeared as Cross Device Photo Gallery. With this feature, users will be able to access photos and videos from all their devices, as long as their device is connected to the same Wi-Fi network.

New and vibrant AOD:
Some of the innovations brought by EMUI 10.1, which will be the new interface of Huawei, are also seen in the Always on Display section. With EMUI 10.1, 3D icons can be added to Always on Display. AOD, however, consumes much lower power.

Multiple window modes:
With EMUI 10.1, many innovations are coming to multi-window mode. Users access many shortcuts through an Edge Panel-like panel that they can remove from the corners of the phone. However, the text or picture in one window can be easily moved by dragging it to the other window.

EMUI 10.1 will display app notifications and messages with a floating window, just like Samsung’s interface. Thus, when a message arrives, you can easily reply to the message without closing your current application.

Multiple device control panel:
The multi-device control panel, which is one of the biggest features with EMUI 10.1, puts all the devices you have under one finger. To access this panel, you slide your finger up from the bottom left and right corners of the device. You can connect to new devices on the panel and control the connected devices.

Huawei Video, Huawei Music and Huawei News:
Huawei has partnered with several giant companies to stream music, video and news content to their devices. Among the partnerships established by the technology giant, there were many companies such as Universal Music, Napster, Warner Music Group, News UK, The Times, The Sun, TalkSPORT, Discovery, eOne, BBC News, Youku, Lionsgate, Universal, Paramount and Sony.