Home Tech Huawei Harmony OS 2.0 is still based on Android 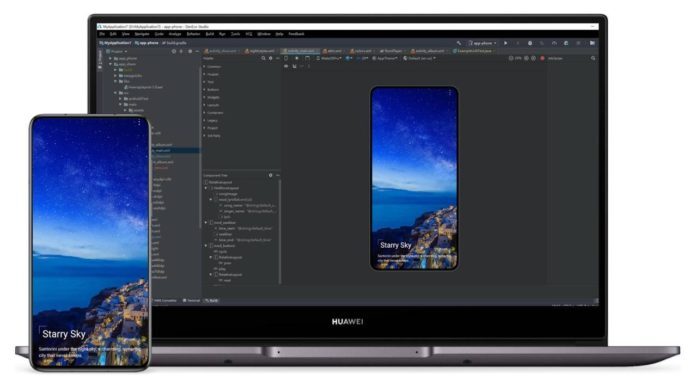 Huawei has now clearly stated that it acts independently of Google in software. In addition to developing an ecosystem of its own Android apps and services, the Chinese technology giant is also working on its own operating system, which is planned to get Android on its devices. With Harmony OS 2.0, Huawei is thought to be completely disconnected from Google’s mobile platform by smartphones. However, this operating system may still be Android-based.

Huawei recently opened doors for mobile developers to test the Harmony OS 2.0 beta. Unlike the first Harmony OS version, which was built into IoT hardware such as smart TVs, version 2.0 also targets smartphones. Naturally, the developers were all very curious about Huawei’s own mobile operating system and kept digging up the code until they found some not surprising clues.

For those who expect or want a completely new mobile operating system to break the Android and iOS duo, you can’t find it in the Harmony OS 2.0 beta. The developers have discovered that it’s basically Android in both looks and internals. You can even use ADB, the Android Debug Bridge, to access the Android-like internal parts of the operating system. However, it may be too early to qualify the Harmony OS as another Android-based version such as Amazon’s Fire OS. There may also be a possibility that this is only true for the beta testing phase, to allow app developers to get up and running quickly with tools they may already have. In addition, this version may be just one step for a version of Harmony OS with fewer or no Android elements, perhaps compared to version 3.0.

At the same time, it seems a bit of business sense for Huawei to continue on this path. After investing too much in AppGallery and Huawei Mobile Services, both of which are Android-based, if they throw them all away immediately, the work done will be completely lost. One strategy might be to get developers to rely on Huawei APIs, which will then be used to seamlessly migrate to an operating system completely free of any Google footprints.