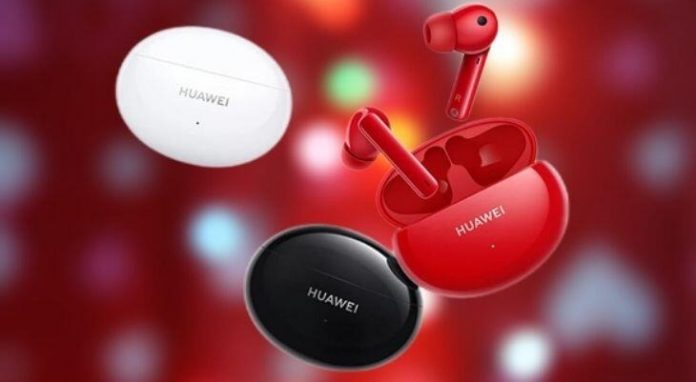 A design defined as “3D bionic design” was preferred in FreeBuds 4i. FreeBuds 4i, which fits perfectly and close to the ear, promises a comfortable experience. Both earbuds have sensors that detect touch.

Each earbud has a 55 mAh capacity battery. The capacity of the charging box is 215 mAh. While active noise cancellation works in a standard scenario, 7.5 hours of music can be listened to with FreeBuds 4i. When active noise cancellation is turned off, the time increases to 10 hours. It takes 60 minutes to fully charge the headset in the box. The battery of the charging box is charged in 90 minutes. This box provides 22 hours of usage time.

How much to pay for the Huawei FreeBuds 4i?

FreeBuds 4i is able to detect when the user was inserted or removed from the ear and control the music accordingly. The opening or closing of the lid of the box can also be detected by the connected device. Bluetooth 5.2 connection is also among the features of the headset.

See Also
Huawei FreeBuds 4i introduced: here are the features

Huawei FreeBuds 4i is offered in three color options as black, white and red. The wireless headset will be released in China on March 8. The price tag of the headset will write 499 yuan.