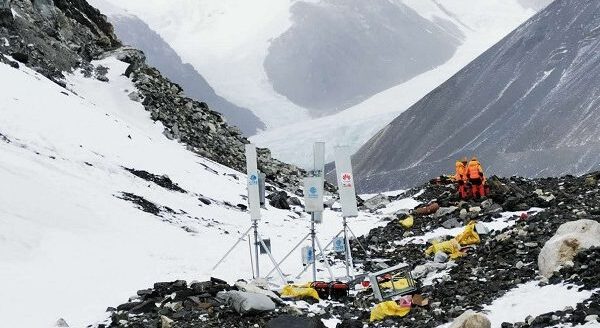 China Mobile and Huawei were able to reach the target set by taking one important step in the field of communication the previous week. Engineers placed antennas in Everest, the highest peak in the world, reaching 6,500 meters.

As a result of an agreement signed between Chinese operators and technology giant Huawei in the previous days, it was decided to place 5G antennas at high points of the world, and China Mobile and Huawei, representing the operators, placed antennas in Everest’s 5.300 to 5.800 meter altitude regions. The new news from the companies showed that the target was taken one step further.

China Mobile and Huawei have managed to install the world’s highest 5G base station in Everest’s 6,500-meter altitude area, with an altitude of 8,848 meters. As a result of this move made by companies, a 5G station was established, providing access to China Mobile’s double gigabit network. Huawei said in a statement that end-to-end solutions will be offered with the station at 6,500 meters. The project has been completed for now with the newly installed antenna after the antennas in the 5,300 meter base camp and 5,800 meter transition camp.

Experts will work 24/7:
It was also reported by the companies that a group of specialists who would work continuously would be appointed to ensure that the station was regularly audited and operated smoothly. An information conveyed by Huawei is that the infrastructure in extremely high places such as Everest for 5G is very convenient and a network running in SA + NSA mode will connect 5G stations. Let’s add that the required 5G connection will also be achieved with Huawei’s Massive MIMO technology.

Everyone will remember the difficulty of the antenna installations completed the previous week. The giant project, with a total of 150 people working to transport 8 tons of material to the top, was very difficult to complete due to the harsh geographical environment. In addition, it was worked very carefully not to harm nature. The fruits of Huawei’s experience of building stations in harsh conditions were bought here, and the company knew how to handle the situation.