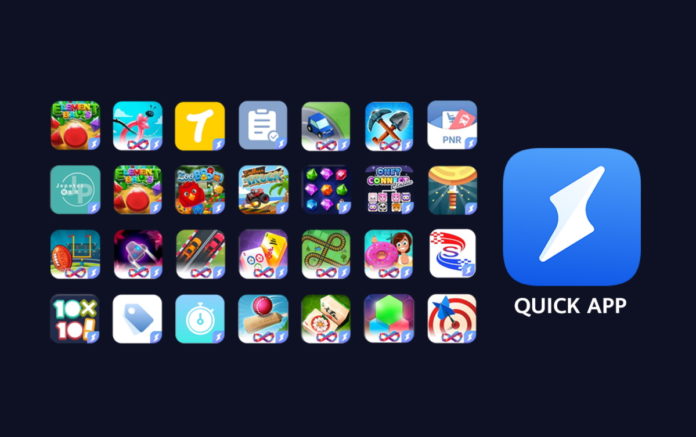 Huawei is continuing its development process in the app store named “AppGallery”. One of the impressive features of AppGallery, where there will be applications in 18 different categories, is Quick App. The company will offer more than 2,000 apps to consumers with Quick App without the need to download.

Chinese technology giant Huawei has been in a troubled process since last May. The US administration claimed that Huawei was in cooperation with the Chinese government, claiming that the company was spying. Huawei denied all the charges, but the U.S. government decided not to give up their charges and impose a trade ban on Huawei.

The U.S. trade ban decision against Huawei affected all US-based companies. So many tech giants like Google and Microsoft would not be able to cooperate with Huawei under this ban. Fortunately, the US administration has somewhat stretched the scope of the ban and launched a degree program for companies across the country. US-based companies could only cooperate with Huawei under this license.

The US trade ban had affected Huawei’s relationship with Google the most. Because Google owned Android, the world’s most popular mobile operating system. Huawei was unable to release their new smartphones without Google Services as a result of not being able to obtain licenses from Google.

Google Services consists of dozens of software, such as Gmail, YouTube, Google Play Store, Google Maps, which are among the most popular applications of today. Huawei cannot use these services on any of the phones it has recently released. This means that users cannot access the Google Play Store to install an app. Huawei focused on the app store “AppGallery” to tackle this important issue.

Huawei is trying to create an alternative to the Google Play Store with its AppGallery store. Realizing that it is not an easy thing to compete with the Google Play Store, the company conducts its work in this context and strives for AppGallery to have unique features. For example AppGallery; It has a four-tier security system and features such as showing applications by age groups of users.

AppGallery consists of 18 categories. These categories are; It distinguishes between applications that serve different purposes, such as utilities, social media platforms, games, and entertainment. If a user wants to download an app that is not available on AppGallery, he leaves feedback on Huawei, and soon this app is also available via AppGallery.

One of the impressive features of AppGallery is “Quick App”
Perhaps the most impressive feature of Huawei’s app store AppGallery is the Quick App. This feature is launched as an application ecosystem that does not require installation. Users can use the applications in Quick App without downloading. Thus, both the storage space on the phone is not occupied and frequent updates are avoided.

According to the statements made by Huawei officials, Quick App is a 1 GB application library. This size may seem high, but when we think about 2,000 applications in Quick App, we can clearly say that very small areas are occupied per application.

THESE ARE THE CHANGES WHATSAPP WILL HAVE IN 2020

Lucifer season 5: God has a question for his son Lucifer!