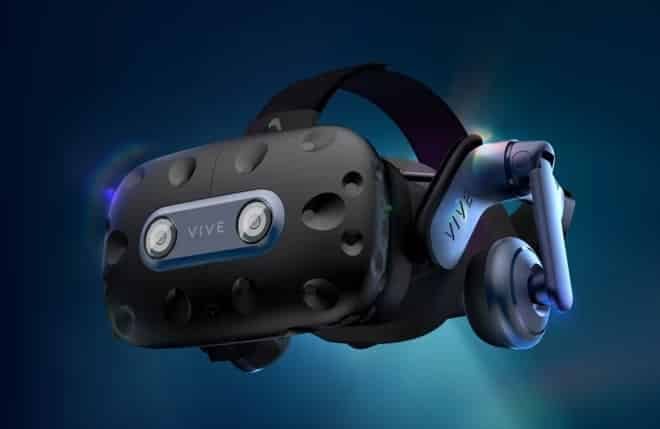 HTC Vive Pro 2 And Standalone VR Headset Vive Focus 3 Introduced. HTC introduced two virtual reality headsets at its Vivecon event on Tuesday. These were the business-oriented Vive Focus 3 and the PCVR HTC Vive Pro 2, described as “best in class”. Unfortunately, we haven’t seen a product that could rival Oculus Quest 2 yet. Despite this, the newly introduced models also look very interesting.

HTC Vive Pro 2 seems to delight many fans of the original HTC Vive headset. The company seems to be returning to its roots based on the idea of ​​creating the best VR devices for both PC gamers and corporate users.

The result is a VR headset with the highest resolution to date with a total of 4896 x 2448 pixels (compared to 2880 x 1600 pixels on the original Vive Pro) and a display that qualifies as “best in class”. This display uses a fast-switch LCD IPS panel with a dual-stack lens design that uses two lenses (for each eye) that reorient the image for a wider field of view.

The high pixel count, along with the LCD panel and RGB sub-pixel, mean the HTC Vive Pro 2 has almost no screen gap effects and offers some of the most impressive visuals to date. This will come at a price, as you will definitely need a solid gaming machine to run the title in this high definition.

However, HTC says it is working with Nvidia and AMD on the “Display Stream Compression” technique. This means that HTC Vive Pro 2 can run on older machines via DisplayPort 1.2. If your computer can run the original Vive Pro, it will be able to manage the HTC Vive Pro 2, though perhaps not at its maximum resolution and refresh rate.

Other highlights of the HTC Vive Pro 2 include compatibility with Vive Tracker 3.0, which allows tracking of “everything”, including the Vive wireless adapter, Facial Tracker, and whole body tracking.

HTC says the HTC Vive Pro 2 will also work on Valve’s Knuckle controllers and the company’s own controllers.

HTC Vive Pro 2 will be sold in two different formats:

In addition to the HTC Vive Pro 2, HTC also introduced the standalone Vive Focus 3. This is another standalone VR headset designed for commercial use and a successor to the Vive Focus Plus.

This wireless VR headset has a screen with a capacity of 2.5K per eye. It also has an LCD panel with the same screen technology and lens design as the HTC Vive Pro 2. The clear and eye-pleasing images are presented in a portable format.

The Vive Focus 3 uses Qualcomm’s Snapdragon XR2 processor, and this processor has been optimized to run at maximum performance for as long as possible in the header. Although it has a 90Hz refresh rate compared to 120Hz on the HTC Vive Pro 2, the Focus 3 should still be an impressive virtual reality headset.

The Vive Focus 3 is manufactured for business and virtual reality visualization purposes, with a structure made of lightweight magnesium alloy that makes it stronger, lighter and more durable. The headset is offered with the opportunity to charge a removable battery, which is said to offer 2 hours of use, to reach 50 percent charge level in just 30 minutes if needed. There is also the possibility to purchase more battery packs.

There are also new Vive Focus Controllers that can be charged via USB-C and offer built-in batteries for up to 15 hours of use.

Vive Focus 3 uses four inside-out tracking cameras. Like other titles, these cameras allow users’ movement to be easily monitored. However, HTC says the data is stored in the header, encrypted and kept confidential.

This is a privacy stance that means HTC is unlikely to release the Vive Focus 3 (or any other title) as a Quest 2 alternative for the average consumer. Because the technology of the headset is not cheap, the company said it cannot compete with Oculus’s pricing for the Quest 2 headset. Because Facebook can make up the difference in value by seeing the end user as a product and selling ads. This is something HTC won’t do.

Still, for enterprise-focused use, the Vive Focus 3 can be described as a great option with a variety of Vive services so users can get the most out of it. There is a Vive Business App store with multiple apps and programs from multiple vendors to provide the right services. There is also Vive Sync, which allows things like PowerPoint in VR and virtual meeting rooms. Those who purchase the title will have six months of free use for it.

HTC is already seeing great things for VR in the business world, with current usage showing huge cost reductions and efficiency improvements in design, education and training. Its future for VR will definitely be interesting.

Galaxy A01 x A10s: what are the main differences?

Nintendo Switch is on top again thanks to OLED!