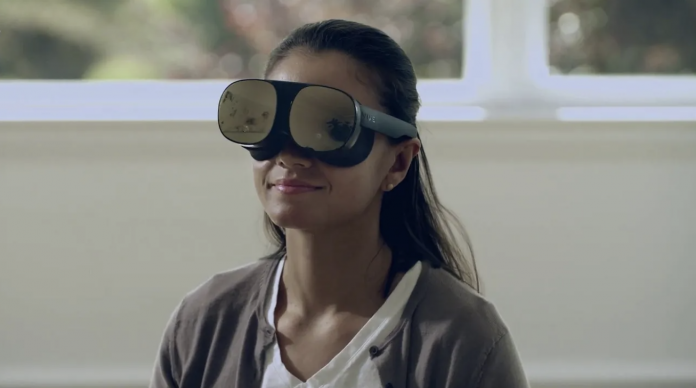 Vive Flow VR virtual reality glasses, which HTC will launch on October 14, leaked in all its glory before the launch.

Virtual reality glasses continue to maintain their current trend. While technology companies have been showcasing their own products lately, the social media giant is competing with Oculus on Facebook. However, soon there will be a new product that will increase the dose of competition.

HTC Vive Flow VR, which has been on the agenda with various leaks for a while, was unveiled in all its glory one day before its release.

HTC Vive Flow VR will be a media-focused headset

Virtual reality glasses appeal to users in various categories. For example, some manufacturers design VR products for gamers, while others develop it only with a media focus. According to the leaked images and information, Vive Flow VR will appear as a media-oriented product.

HTC’s new Vive Flow will have less power on the chip side than the Oculus Quest 2. On the design side, Vive Flow will use a double hinge system to be more compatible with most users. In addition, HTC’s VR headset; It will also feature spatial sound, adjustable lenses and an active cooling system.

There is currently no other technically leaked information. However, HTC will reveal all the details at the event to be held tomorrow.

Evan Blass also discovered how much the new Vive Flow will be available for sale. Accordingly, the Taiwanese manufacturer’s new virtual glasses will have a price tag of $ 499. It is said that this product, which will be introduced on October 14, will start pre-orders on October 15.